#BumblebeeMovie acclaimed by U.S. critics as best 'Transformers' movie ever 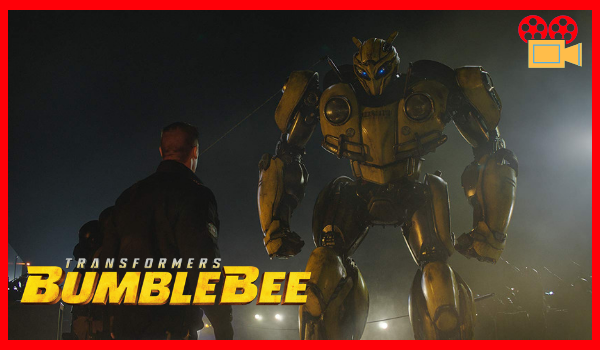 Paramount Pictures’ new action-adventure Bumblebee has been hailed by US critics as “best Transformers movie ever,” boasting a certified fresh 93% in Rotten Tomatoes’ scale.  This, thanks to director Travis Knight who’s added charm, playfulness and a big heart to a coming-of-age story.

Check out the film’s new spot below and watch Bumblebee in Philippine cinemas Tuesday, January 8.

A producer, director and animator, Knight’s 2016 film, Kubo and the Two Strings, had won multiple awards, including a BAFTA for Best Animated Feature Film, and nominations for a slew of others, among them two Oscars and a Golden Globe.

“Travis is a very skilled filmmaker,” says producer Lorenzo di Bonaventura. “When you look at Kubo and the Two Strings you see original story telling and visual execution that make it a stand out film, that’s what we wanted for Bumblebee.”

More than anything, the project required someone with an original vision and the confidence to back it up, explains producer Mark Vahradian. “Taking a franchise in another direction after it’s been successful for more than a decade can be daunting, but Travis wasn’t afraid of the challenge.”

Knight’s experience leading his company to the top echelon of animated filmmaking was an important element in the decision as well, says Di Bonaventura, who compares directing a big-budget movie to running a successful corporation. “Travis has such a calm and confident demeanor that it makes you feel assured,” the producer says. “And these movies aren’t easy to wrangle. You face inevitable storms. He had what it takes to handle it all. He also understood the exact direction and emotion we wanted from the script.”


Knight remembers playing with Transformers action figures as a child in the 1980s. An avid fan of the animated television series, he is also a devotee of classic motion pictures of the era, including Spielberg’s E.T. the Extra-Terrestrial and the films of John Hughes. “The titans of ’80s cinema approached adolescence with great sensitivity, warmth and humor,” the director says. “It’s a universal struggle we all go through, whether to fit in and seek acceptance or to stand out and forge one’s own identity. All these moments, sometimes conflicting, merge into the swirling roil of adolescence.”

Knight was especially excited to enter the expansive world of the Transformers and focus on a tiny corner of that universe to tell a more intimate, character-driven and emotional story. “At Laika, we try to find an artful balance between darkness and light, intensity and warmth, humor and heart. The idea of bringing that philosophy to this franchise was really exciting to me.”