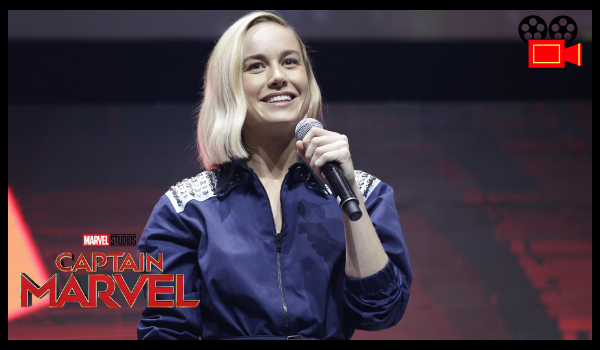 Over the weekend, Brie Larson, who stars as Carol Danvers/Captain Marvel in the upcoming Marvel Studios’ Captain Marvel, participated in a panel at Brazil’s Comic Con Experience (CCXP), which was held in São Paulo.


Below are several photos from the event of Brie with fans at Brazil CCXP:


Set for release in the Philippines on March 6, 2019, Marvel Studios’ Captain Marvel is directed by the writing/directing team of Anna Boden and Ryan Fleck, whose credits include Mississippi Grind and Half Nelson. An all-star collective of accomplished writers penned the screenplay, including Meg LeFauve (Inside Out),  Nicole Perlman (First Man, Marvel Studios’ Guardians of the Galaxy), Geneva Robertson-Dworet (Tomb Raider ), Liz Flahive & Carly Mensch (Glow), and Anna Boden & Ryan Fleck.

The story follows Carol Danvers as she becomes one of the universe’s most powerful heroes when Earth is caught in the middle of a galactic war between two alien races.  Set in the 1990s, Captain Marvel is an all-new adventure from a previously unseen period in the history of the Marvel Cinematic Universe.