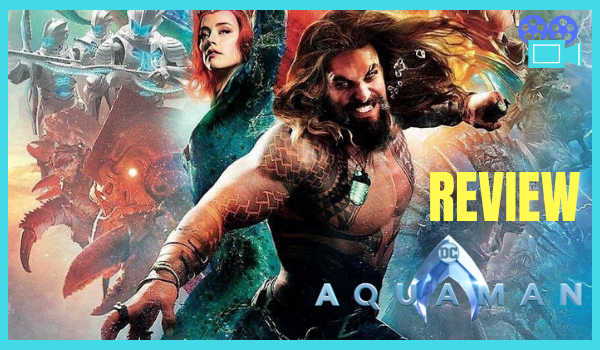 In Justice League, there was a scene that was troubling and unbecoming for Aquaman to be a superhero. Here, the so-called protector of the oceans chucked an empty bottle of whiskey into the sea before zooming off. Whether it was Zack Snyder or Joss Whedon who wrote that scene is out of the question. I was certain it was not how Aquaman should be.

The audience wowed seeing the half-Atlantean, half-human Arthur Curry (Jason Momoa) throw junk as huge waves swallowed him. It was a cool moment, no doubt. But if I would base his core on my stacks of Aquaman back issues or his animated iteration in Timmverse’ Justice League/Justice League Unlimited, Justice League's Aquaman was not someone I am entirely familiar with.

My mind changed when I saw James Wan’s take on Aquaman. The director known for horror films Saw, Insidious and The Conjuring, made sure that Arthur was erring like any other human. In one scene, Arthur let a villain die and in turn, acted as judge, jury, and  executioner. I started to understand that that like pedestrians who casually would throw plastic bags in the sewage, he did not really care for the oceans where her Atlantean mother came from. There was the issue of an absent mother and being led on to think that he would eventually see her when he completes his training as a King. Wan fully realized the titular character and enamored me to stick around for the rest of the movie.

Now that that backstory is out of the way, we now meet his half-brother Orm / Ocean Master (Patrick Wilson), who like world leaders who would conquer oil-rich countries, finds a perfect excuse to attack coastal areas - the environmental degradation of the seas caused by the land dwellers. However, Atlantis is likewise fragmented because of differing ideologies. It was now then up to Aquaman, with help from the water-bending Princess Mera, to scour the seven seas for the weapon that would amplify his telepathic connection with creatures of the deep and stop his sibling's conquest.

Aquaman then became an Indiana Jones movie of sorts, which reminded me of his adventure-loving incarnation in Batman: The Brave and the Bold. There was no dragging moment, thanks to Wan borrowing elements from video games, seeing the action like they were in a play set. Wan’s astute weakness though was the abrupt explosions when characters were having their silent moments. When these have become repetitive, it is not hard to notice these were inserted for shock value, often seen - guess it - in Wan's previous horror movies.

Despite this, I would go so far saying Wan’s Aquaman may have rebooted in the DC Extended Universe, without throwing the previous films in continuity. For those who reads comics, it was what similar to what DC Rebirth line did with the New 52 reboot, which acknowledged previous stories but setting them up for fresher storylines and new directions.  Like Patty Jenkins’ Wonder Woman, Wan’s Aquaman brought back the wonder when one sees a superhero for the first time. It was what was missing in Man of Steel, Batman v. Superman: Dawn of Justice, and Justice League - the light that superheroes spread to its viewers.

Or in this case, the water that quenches our thirst for a good DC movie.

A seat in an exclusive screening was provided by the studio to the reviewer. Aquaman is now showing in the Philippines.