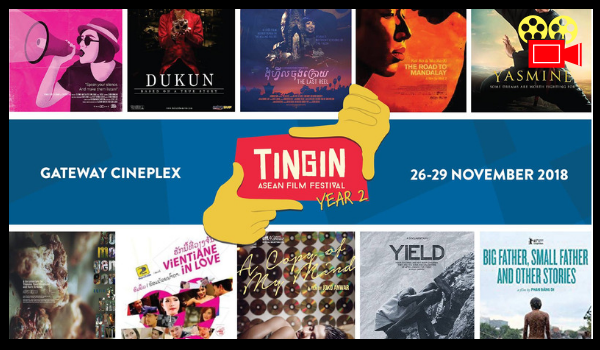 TINGIN: The ASEAN Film Festival, staged by the National Commission for the Culture and the Arts (NCCA), will have its second run this coming November 26-29, 2018 at Gateway Cineplex in Quezon City. Films films from Southeast Asia will be screened for free.


Also among the roster of films is Dain Said’s ​Dukun ​(Malaysia), which is loosely based on the true story of gruesome murder of a former Malaysian politician, Datuk Mazlan Idris by Mona Fandey, a once popular Malaysian singer-turned-witch doctor. It wrapped up production in 2006, but it was only released this year. ​Dukun​’s inclusion in this ASEAN film festival will be the first time that it will be officially screened outside of Malaysia.

“This festival will once again encourage meaningful discussions and collaborations with our colleagues and friends in Southeast Asia. In this Post-Truth era where fake news is threatening to become the norm, the stories we tell each other (through film) may be perhaps our best and most effective line of defense," said NCCA Commissioner Teddy Co.

Maya Quirino, TINGIN festival head, is excited what the audiences can look forward to this year's Tingin: “We are honored to have award-winning Cambodian director Kulikar Sotho with us – her film The Last Reel will be our opening film. We are also excited about showing two foundational films (​Perfumed Nightmare, ​and ​Who Invented the Yoyo? Who Invented the Buggy?​) by our own National Artist for Film, the inimitable Kidlat Tahimik, to a whole new generation. ​Yield,​ Victor Tarago’s quietly powerful documentary, shall surely hold audiences enthrall with its stark portrayal of child labor and pervasive poverty in the Philippines.”


In addition to these screenings, special sessions have been arranged for the audiences to better appreciate the creative processes of our film directors:

- Master class by Victor Tagaro, Director (​Yield,​ Philippines) on November 27 at 5 pm in Cinema 6 will immediately follow the screening, at 3:15 pm


In line with NCCA’s goal to help build strong ties with our ASEAN neighbors through culture and the arts, TINGIN promises to be a celebration of our multifaceted region’s many cinematic treasures. This will also encourage Filipino audiences to gain a deeper appreciation of our Southeast Asian peers.