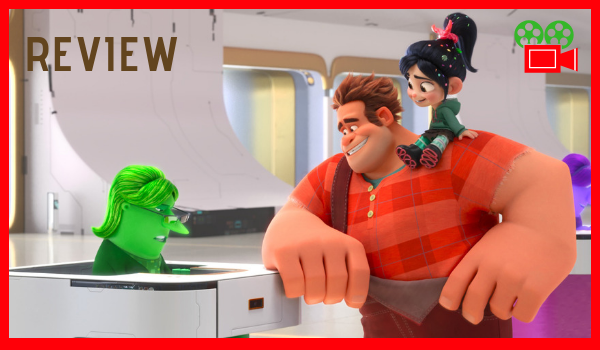 While Ralph Breaks the Internet - the sequel to the 2012 hit animated feature Wreck-it Ralph entertains, it makes the viewers think. Ralph and Vanelope, as outsiders from the virtual space humans created, touch on our own frailties as humans.  It also highlights the world of toxicity and pettiness we created - the Internet.

The critique extends to previous Disney Princess movies, where they acknowledged the sexism in their narratives. Vanelope, as the glitch, perfectly represents this paradigm shift in Disney movies. It was not so hard to laugh at the idea that the studio has long been telling girls they can only dream of true love, when they can also long to become race car drivers.

The movie also teaches children that friendships should not be bound by physical space, and some happy endings can be bittersweet. Ralph's loneliness shown in the first movie turned him to being possessive of Vanelope. Quite similar to Disney Pixar's Inside Out, there is maturity in the writing, respecting the audience and not treating them as kids. Don't get me wrong - it still has silliness and is fun to watch.

The characters are so endearing that it is not too hard to care for them. Ralph Breaks the Internet is one of those smart animated features people from all ages can learn a lot of insights from.


A ticket was provided by the studio to review the movie. "Ralph Breaks the Internet" is showing on Nov. 21 in the Philippines.
Labels: Disney geek movie reviews movies Walt Disney Animation Studios Wreck-it Ralph