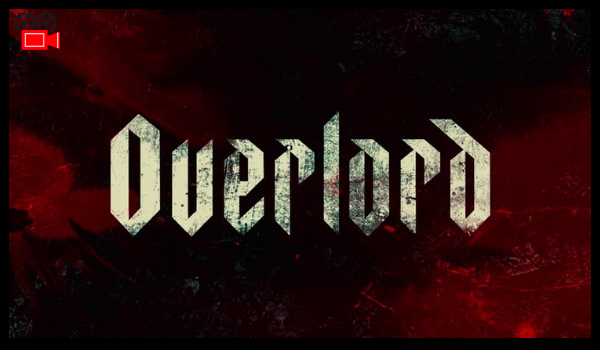 With only hours until D-Day, a team of American paratroopers drop into Nazi-occupied France to carry out a mission that’s crucial to the invasion's success, in Paramount Pictures’ new suspense thriller Overlord.

Tasked with destroying a radio transmitter atop a fortified church, the desperate soldiers join forces with a young French villager to penetrate the walls and take down the tower. But, in a mysterious Nazi lab beneath the church, the outnumbered G.I.s come face-to-face with enemies unlike any the world has ever seen.

From producer J.J. Abrams, Overlord is a thrilling, pulse-pounding action adventure with a twist.

“It all started with an incredible script that Billy Ray wrote,” says Overlord producer and Bad Robot founder J.J. Abrams. “The thing I loved most about the premise was that it took a classic World War II movie and smashed it into a monster horror film. It’s a very unique concoction. The idea of those two genres coexisting felt like it could make for an incredibly intense and fun ride.”


Abrams says he was gripped by Ray’s story from the first page. “The opening sequence in particular reminded me of something that Rod Serling might have come up with. It was intense and funny and full of characters and action, and that was just the very beginning of the script.”

Bad Robot’s Jon Cohen, who served as executive producer on the film, was equally impressed by the dazzlingly fresh concept from Ray, an award-winning screenwriter and director whose copious writing credits include such blockbusters as Flightplan, The Hunger Games and Captain Phillips.

“Overlord is a natural fit for Bad Robot because of its distinctive fusion of ideas,” says Cohen. “It’s a great character story and a thrilling World War II movie, but you’ll find humor in there, along with emotion and sentiment, and we always want that blend in our movies. Overlord felt like the perfect combination of that.”

Balancing different tones and genres to create a unique and satisfying hybrid is something Bad Robot specializes in, says Cohen, citing 10 Cloverfield Lane as a prime example.

The secret to creating that balance, says Abrams, can be summed up in one word: character. “One of the things we try to do at Bad Robot is tell stories that are as much about the characters as possible. The idea with Overlord was to spend the first half of the movie getting to know these young American soldiers, and then, little by little, take the audience into a terrifying genre movie where they care about and love the characters.”

Abrams believes this approach is especially important when dealing with creature features. “Not every movie we make has monsters in it, but films like Overlord are best when you believe in the situation, you believe in the characters, and you’re truly invested in their world. It’s much scarier that way.”

Perfecting the film’s shift from military adventure to sci-fi horror required going through numerous drafts, says Cohen. “Billy is a relentless writer and kept pushing to make the script better and better. The goal was to drop a few breadcrumbs along the way so that the change in genre doesn’t come out of left field. But at the same time, you don’t want to tip your hand too early about what’s really happening in the story.”


The intrinsically frightening nature of WWII combat helps smooth the transition, according to Abrams. “The horrors of war are already there in the story, so when you suddenly get thrown into the freakish fantasy material, it actually doesn’t feel like that much of a stretch.”