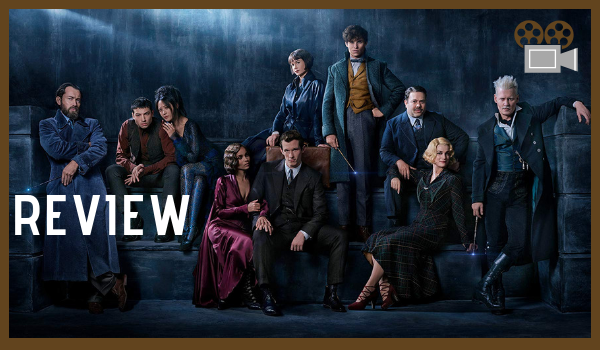 If you're a fan of Filipino telenovela plot twists, you might enjoy the movie.

Fantastic Beasts: The Crimes of Grindelwald betrays its own title. The villain's misdeeds, though highlighted in the first and final acts, take a backseat for most parts of the movie. What we have is an extended filler story for the Fantastic Beasts line that ran for 134 minutes, instead of an hour. The second installment is skippable and there is only one truth viewers could take away to watch the remaining movies.

Arguably, that unearthed secret - an ambiguous relationship between two main characters - is not bluntly defined. I surmise it is still taboo in the 1920s. It may also be something the filmmakers intend to reveal down the road. But because the main story is convoluted enough to begin with, watching it feels like having an unappetizing meal rather than leaving the cinema, craving for more.

Its flaw is how the characters' subplots are conveniently intertwined, making the story unfold in a forcibly unnatural way. There is no focal point and looking at the totality of the story, nothing substantive really happened. There was not enough effort to make the viewers care about the characters, especially those who suddenly pop up in the third act.

A sign of a weak film adaptation is when you have to tell viewers to read the source material to understand the story. A movie based on a book series has to have its own merits.

A director will be judged as a filmmaker, not a novel writer. In this case, the screenplay writer and the novel writer are the same. That means J.K. Rowling has to work on telling a story for cinema. Prose is a different medium.

The filmmakers also have to decide if they intend on mesmerizing people around the fantastic beasts or marrying its corner of the Wizarding World with the rest of Harry Potter stories. The protagonist Newt Scamander is also more comfortable in his skin in this installment but I hope by the time the next sequel arrives, he has a zoo full of fantastic beasts to fight the racist Grindelwald.

Give us something spellbinding to cheer on, not rom-com and soap opera subplots to cringe on.

A ticket was provided by the studio to watch this movie. Fantastic Beasts: The Crimes of Grindelwald is now showing in the Philippines.
Labels: Fantastic Beasts and Where to Find Them geek Harry Potter movie movie reviews