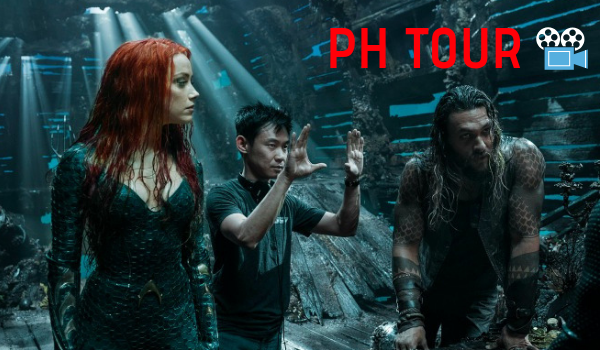 Aquaman himself, Jason Momoa, co-actor Amber Heard (Mera) and director James Wan are set to visit Manila on December 11 as part of its multi-city promotional tour, a studio publicist confirmed to this writer.

Throughout the tour, Wan and the cast will participate in live-stream activities and engage fans at events and through social media:

Aquaman reveals the origin story of half-human, half-Atlantean Arthur Curry and takes him on the journey of his lifetime—one that will not only force him to face who he really is, but to discover if he is worthy of who he was born to be a king.

Momoa was supposed to appear in AsiaPop Comicon 2015 in Pasay City but sent his regrets because of conflict with his film schedule.