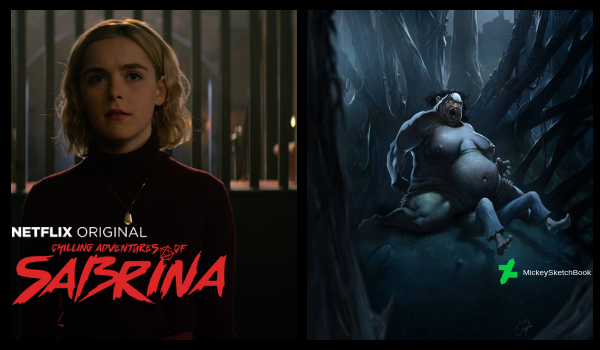 There are more supernatural creatures beyond the Aswang western TV shows can mine from Philippine folklore. Case in point: the Ilocano sleep demon Batibat which is set to appear as an antagonist in the upcoming Netflix series Chilling Adventures of Sabrina.

The demon who tortures its victims with nightmares and often attributed as the cause of sleep paralysis will be featured in Episode 5 of the horror series. Chilling Adventures of Sabrina is based on the comics "Sabrina the Teenage Witch" and is said to be a companion series to Riverdale, which stars Archie Comics characters.

Without giving any plot points based on the screener I have watched ahead of its release on Oct. 26, I find that the Batibat was no throwaway monster-of-the-week. The writer used it to move the story forward by magnifying each of the character's internal conflict. The Batibat episode, the last one made available to reviewers, would make viewers wanting for more of Sabrina and the rest of the Spellmans.

Prior to the Batibat, the fetus-eating monster Aswang appeared in an episode of Grimm in 2014.
Labels: Batibat Chilling Adventures of Sabrina comics geek Netflix