Inside the bewitching world of Sabrina Spellman 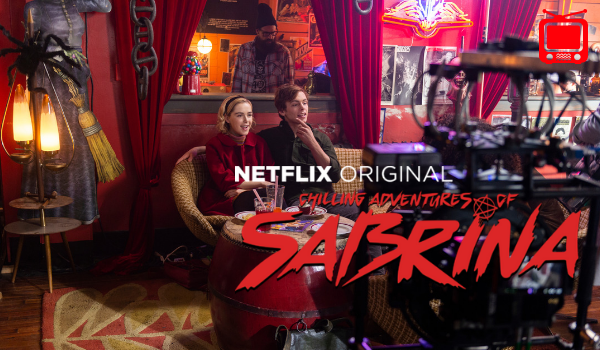 Take a peek inside the world of Sabrina Spellman. It’ll be a scary good time. In this behind-the-scenes piece, the cast of Chilling Adventures of Sabrina discuss the upcoming series, and Sabrina’s journey as half-witch, half mortal.

“Everything about the show is just so massive and grounded and real,” said Kiernan Shipka, who plays Sabrina Spellman. “There’s something that’s next-level dark about it.”

“What’s amazing about this show is that these powerful women are unapologetic in their fierceness,” said Michelle Gomez, who plays Sabrina’s teacher Ms. Wardwell.

The 10-episode Netflix original series premieres on October 26. Chilling Adventures of Sabrina imagines the origin and adventures of Sabrina the Teenage Witch as a dark coming-of-age story that traffics in horror, the occult and, of course, witchcraft. Tonally in the vein of Rosemary’s Baby and The Exorcist, this adaptation finds Sabrina wrestling to reconcile her dual nature — half-witch, half-mortal — while standing against the evil forces that threaten her, her family and the daylight world humans inhabit.