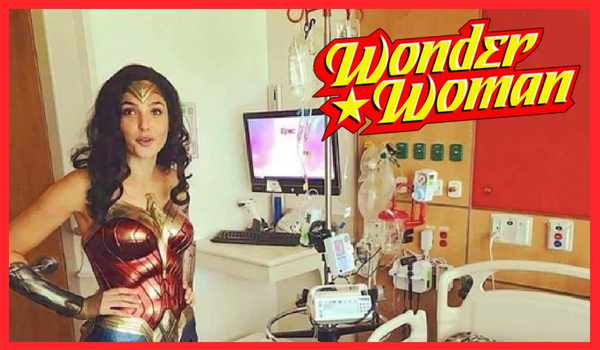 
On Friday,  she visited a children's hospital in full Wonder Woman costume and put a smile on the faces of sick children. The actress stopped by Inova Children's Hospital in Virginia, U.S, much to the delight of patients, nurses and doctors.

Gal Gadot stopped by the Inova Children’s Hospital in Annandale, Virginia on Friday in her Wonder Woman outfit. from r/pics

Thank you ⁦@GalGadot⁩ for visiting us ⁦@InovaHealth⁩ Children’s Hospital. You are a true Wonder Woman. The kids loved it...and so did the staff 😉 #wonderwoman84 pic.twitter.com/EFDLM02rpf
— Dr. Lucas Collazo (@DrCollazo) July 6, 2018


The hospital is about a half-hour’s drive from Washington D.C., where Wonder Woman 1984, the sequel to the 2017 hit, is in production with Gadot, co-star Chris Pine and director Patty Jenkins.
Wonder Woman 1984 hits theaters Nov. 1, 2019.