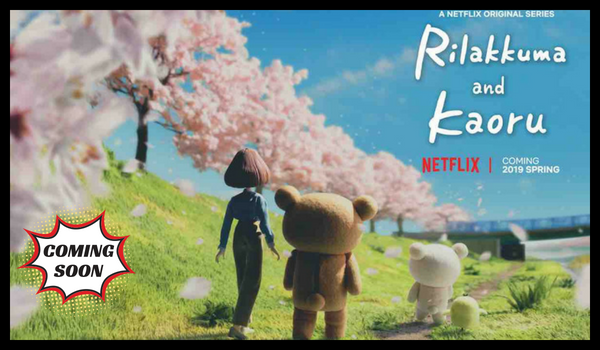 The first stop-motion animated series featuring the beloved Rilakkuma character comes to Netflix in the spring of 2019. Watch the teaser trailer for a first look at the cute creatures of Rilakkuma and Kaoru.


Rilakkuma is a mysterious bear who turns up to live with Kaoru, a seemingly ordinary young woman. Besides Rilakkuma, Kaoru also lives with Korilakkuma (a small white bear cub) and Kiiroitori (Kaoru's pet bird), and they have adorable, surreal, and amazing adventures together.

Created by San-X, Rilakkuma is one of Japan's most beloved characters—a bear with a zipper on its back that spends each day just lazing around. Netflix has teamed with dwarf, Japan's leading stop motion animation studio, to bring the franchise to life in stop motion for the first time. The key art reveals a first look at Kaoru—Rilakkuma's human roommate—walking alongside Rilakkuma, Korilakkuma (a small white bear cub), and Kiiroitori (Kaoru's pet bird).