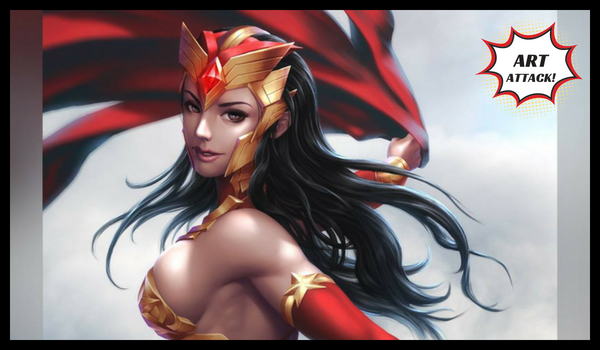 The Singaporean artist joins Artgerm, who likewise drew the local superheroine for AsiaPop attendees last year.  Kunkka is popularly known for designing DOTA's iconic loading screens and concept designs for in-game items. He also has a character named after him.

He is a co-founder of Imaginary Friends Studios, a household name in the entertainment and gaming industry. Kunkka spends his time teaching and running a diploma program for illustration and design at www.3dsense.net, and also being a contributor on the DOTA 2 Steam Workshop.