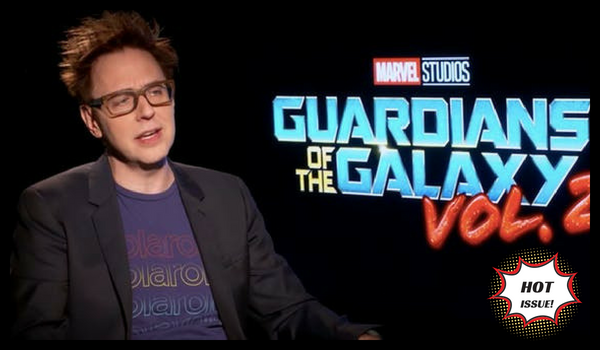 Disney has cut ties with “Guardians of the Galaxy” filmmaker James Gunn over unearthed tweets about pedophilia and rape, several news sites reported.

In a statement, Walt Disney Studios chairman Alan Horn said that "The offensive attitudes and statements discovered on James’ Twitter feed are indefensible and inconsistent with our studio’s values, and we have severed our business relationship with him."

Critics who oppose his political beliefs dug up Gunn's old tweets on Thursday. One of the tweets read, “I like when little boys touch me in my silly place.”

Another post said: “The best thing about being raped is when you’re done being raped and it’s like ‘whew this feels great, not being raped!'”

Other now-deleted tweets between 2008 and 2011 included jokes about the 9/11, AIDS and the holocaust.

In response, Gunn tweeted, "Many people who have followed my career know when I started, I viewed myself as a provocateur, making movies and telling jokes that were outrageous and taboo. As I have discussed publicly many times, as I’ve developed as a person, so has my work and my humor."
Gunn had been expected to be at Sony's presentation in San Diego Comic Con on Friday. It is still unclear if he plans on appearing.
The embattled director has been writing the script for Guardians of the Galaxy Vol. 3.
Labels: geek Guardians of the Galaxy Marvel pop