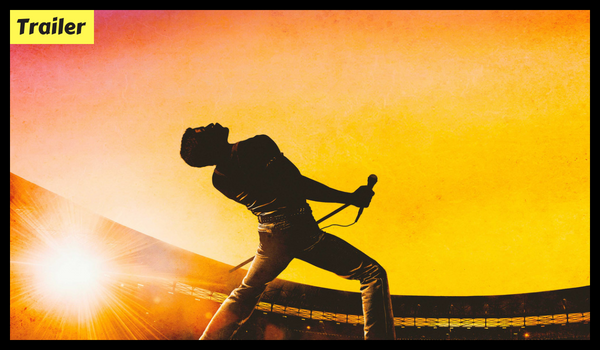 Break free and let loose with the music of one of the most iconic bands of all time as 20th Century Fox releases the first trailer of Bohemian Rhapsody, a foot-stomping celebration of Queen, their music and their extraordinary lead singer Freddie Mercury, who defied stereotypes and shattered convention to become one of the most beloved entertainers on the planet.

Bohemian Rhapsody stars Rami Malek, Aidan Gillen and Lucy Boynton, the film traces the meteoric rise of the band through their timeless songs and revolutionary sound, their near-implosion as Mercury's lifestyle spirals out of control, and their triumphant reunion on the eve of Live Aid, where Mercury, facing a life-threatening illness, leads the band in one of the greatest performances in the history of rock music. In the process, cementing the legacy of a band that were always more like a family, and who continue to inspire outsiders, dreamers and music lovers to this day.

“This film has been eight years in the making but I truly believe that it’s been worth it, because I’m so proud of what we’ve accomplished. The movie is a true celebration of Queen’s music and a tribute to one of the greatest frontmen of all time: Freddie Mercury. Breaking through stereotypes and expectations, Freddie dared to change everything – believing in himself and his music,” says producer Graham King.