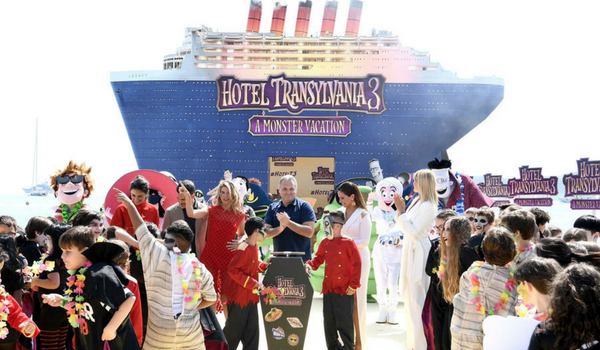 CANNES, May 7, 2018 – Drac’s Pack splashed down in a dazzling and colorful parade to kick off their monster vacation at the start of the 71st Cannes Film Festival at The Carlton Pier on May 7, 2018.

Following the aquatic procession and photo call along the French Riviera, director Genndy Tartakovsky, alongside some of the film’s international voice talent, debuted a new sneak peek from the upcoming animated film, “Hotel Transylvania 3:  A Monster Vacation.”

The parade was quite the spectacle and featured many of the beloved characters from the film as well as some new additions, including the mysterious ship captain Ericka, who cruised into the festival in a series of colorful themed watercrafts.   The monster parade also featured a boat-load of Gremlins, waterskiing Zombie Bellhops, and thrill-seeking Witches riding a precarious banana boat. 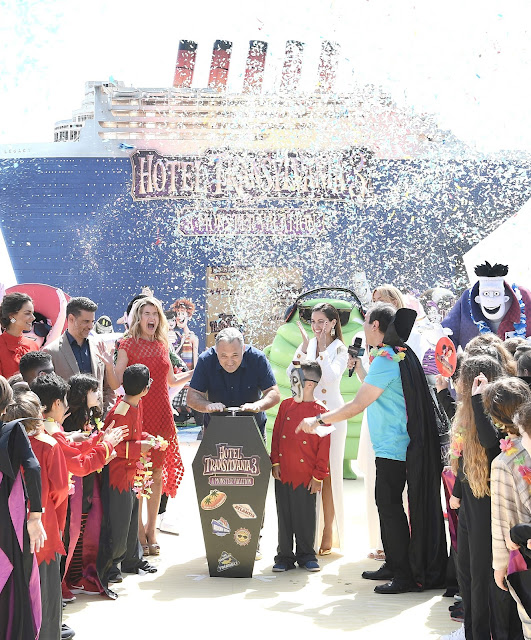 The event culminated with Tartakovsky pushing a coffin-shaped button to launch content from the film across the internet -- an airplane sequence where the Gremlins take charge. Sony Pictures Animation’s sneak peek at “Hotel Transylvania 3: A Monster Vacation” debuted globally and simultaneously on YouTube and YouTube kids. Find it at HotelT3Cannes.com.
Labels: animation movies