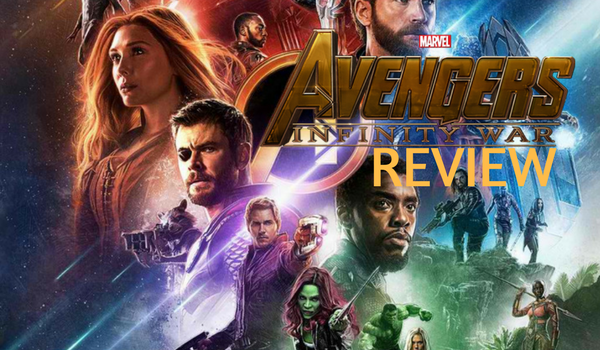 In the beginning, there was a universe.

In that universe, previously existing in our daydreams, a man flying in a futuristic armor teamed up with a wizard to fight a telekinetic alien. Elsewhere, a witch fell in love with a robot. The planet’s most powerful country is found in Africa.

Mashing up characters from diverse literary genres - myths with Thor, futurism with Iron Man, mad science with the Hulk, and WWII period film (and consequently, political thriller) with Captain America - was thought to be difficult to pull off on the big screen, until Joss Whedon gave us the first “Avengers” film in 2012. Add a former Russian spy and an archer, the team defeated the god of mischief Loki and likewise proved naysayers wrong.

But unlike Hawkeye, Whedon had a misfire. The sequel, “Avengers: Age of Ultron,” which brought in superhumans Scarlet Witch and Quicksilver (albeit for a short time), and the android, The Vision, garnered mixed reviews.

Enter the Russo Brothers. Coming from the critical success of “Captain America: The Winter Soldier,” which assembled the Marvel Cinematic Universe’s street-level heroes, the fillmakers were then tapped to direct the sequel, “Captain America: Civil War.” The two films were a warm-up for Joe and Anthony Russo to tell grand stories that are still grounded and emotional.

And they did. As anyone would expect, the nearly three-hour movie is worth the 10-year wait. Sure, it is fan service to show how characters from different MCU franchises would react to each other. There is the expected balance of humor and drama, as well as the studio’s trademark storytelling and visual techniques - you can’t show the Guardians of the Galaxy without playing 80s music.

Yet the movie also displayed a beautiful irony. “Avengers: Infinity War” showcased almost every superhero introduced in the last decade assembled, only for us to see  them erased from existence. The mad titan Thanos, who may be a fan of the economist Thomas Malthus, literally snapped his fingers and turned back MCU’s massive cast to a manageable size - the original Avengers from Phase 1.

For comics fans, the ending is expected because the nihilistic villain also extinguished half of the universe’s sentient beings in the series, “Infinity Gauntlet.” The cinematic version’s motivation - he wanted to bring balance to the universe because resources for survival are finite - is more believable than the comics iteration, who only wanted to appease the embodiment of Death he is courting. He too wanted to be a farmer in the comics so it is a pleasant surprise to see him find peace in what appears to be Banaue Rice Terraces.

The consolation is we do know there are planned sequels for Spider-Man, Guardians of the Galaxy, and Black Panther so their deaths are not permanent. Depending on who you are talking to, this may not be a good thing as it takes away the believability of the story. However, benching these well-known superheroes also allows other characters absent from the movie such as Ant-Man, the Wasp, Hawkeye, and incoming new character Captain Marvel to take the spotlight in the untitled sequel, Avengers 4.

All in all, “Avengers: Infinity War” is the ultimate comic book movie. The film is not about “Thanos versus Spider-Man” nor “Thanos versus Doctor Strange”. It is about Thanos against a whole universe Marvel Studios has built.

This is why the grand superhero movie resonated so much with viewers. Thanos not only eradicated our favorite superheroes on-screen, he also symbolically destroyed the universe we invested in for 10 years.