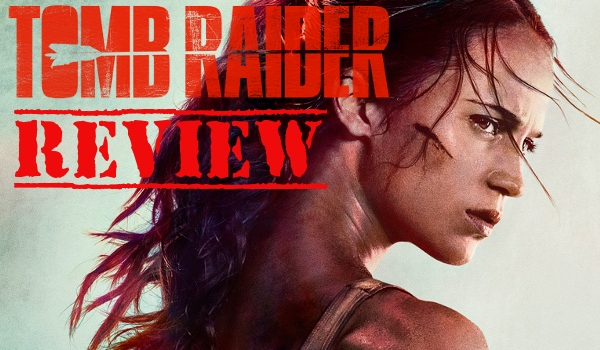 Much like the scene where Lara Croft, the titular Tomb Raider has to balance her way out of a decrepit plane hulk, the reboot jettisons fantastic elements in favor of realism and makes the pop culture franchise lighter and fresher.

Not only does the movie throw away the supernatural and bust myths - no pun intended - it also de-objectifies the popular video game sexpot. Everyone knows the concept of Tomb Raider is not too obtuse to get into - the video game character is a female version of Indiana Jones, popularly seen in skimpy outfit and bearing a comically proportionate body.

Angelina Jolie has given us that version in two movies, which mainly targeted the male demographic. Alicia Vikander’s take is an empowered one that does not rely on butt-shots in saving the world.

While we see Vikander wearing the trademark tank top, her Lara wears a pair of long pants this time, and even a bulky jacket in the beginning of the film. With the casting and choice of wardrobe, it underscores that the protagonist’s attractive assets are her athleticism, combat skills and intelligence.

Don’t get me wrong. There are heroines who can use their body and femininity to combat evil like the X-Men’s Emma Frost. It just makes more sense for the new Lara Croft to not be explicitly sexual, given the nature of her skill set. She is not a spy but a brawler.

The movie also jettisons the idea of a romantic interest for Lara. Sure, it has male characters, but most of the time, the men are sidekicks giving support to Lara. She is no damsel in distress, and if we get a sequel, we might find out that it is also a woman pulling the strings.

The movie does not flail and there is payoff in the character’s journey. Viewers though have to suspend their disbelief every time Lara manages to survive impossible situations. Even she asks this question in the film, "Really?"