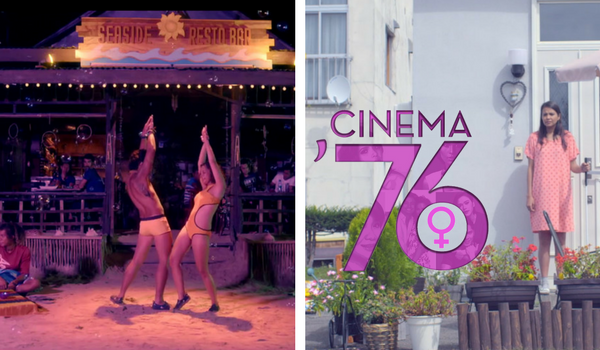 For one whole week, movie fans can catch four of the filmmaker’s award-winning and most talked-about feature length films.

Huling Cha-Cha Anita (2013). The breakout hit of the first ever CineFilipino Film Festival is a coming-of-age drama that features a then 13-year-old Teri Malvar as Anita, a young girl who falls in love with a much older woman played by Angel Aquino.


Lorna (2014). The Cinema One Originals entry stars Shamaine Buencamino in the titular role about a 60-year-old woman, who is still constantly searching for love despite many failed relationships.


Mr. And Mrs. Cruz (2018). This unusual love story set in Palawan is the recent offering of the acclaimed director. JC Santos and Ryza Cenon lead the cast.

Catch the works of Sigrid Andrea Bernardo at Cinema ’76 from March 9 to March 15. Have the chance to meet-and-greet the director on Sunday, March 11 after the screening of Mr. and Mrs Cruz at 9:00PM.