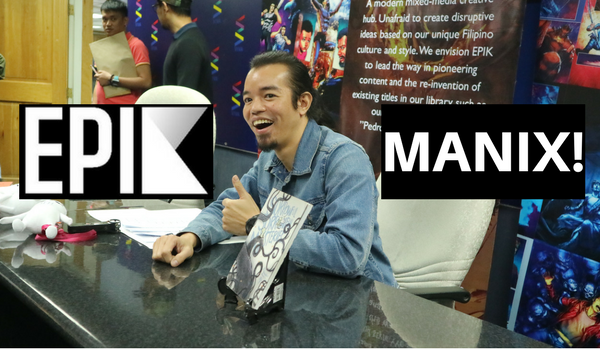 Fan favorite comics creator Manix Abrera has signed a deal with Epik Studios/Viva Entertainment to green light a live-action adaptation based on his Kiko Machine properties. Whether it's a mini-series or a movie is still up in the air. But merely the idea that another komiks property caught the eye of one of the country's largest film production company is asteeg enough to be celebrated! Or should I say, epik!

Watch my vlog below during the event!