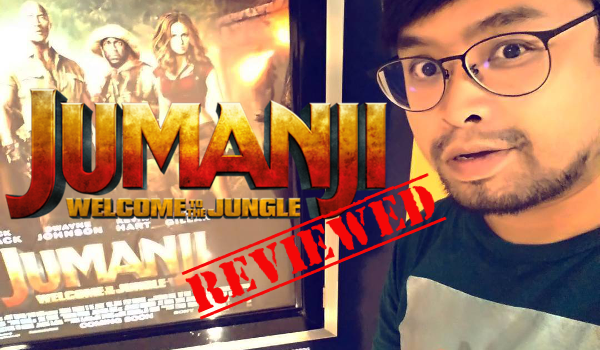 A sequel that is decades apart from the original may suffer from being a derivative. Jumanji: Welcome to the Jungle is not that movie. It is surprisingly good.

Though it is less dark than I expected. I watched the 1995 film starring the late Robin Williams and it was one of the early movies where I learned that that the main characters could die. The cursed boardgame movie is a classic that needs no remake. Thus, what we get is a sequel, virtually - no pun intended - independent of the original.

Here comes the new story. Set in the present-day, four different teenage archetypes - a jock, a princess, a nerd and a rebel - find themselves in a Breakfast Club-esque scenario and chance upon Jumanji, now a mid-90s console game. They get sucked into the game, with adult avatars and skills different from their real-life personas.

The acting is top notch as everyone has to portray their original teenaged selves which are different from how they look. This becomes a showcase of the adult versions’ acting prowesses, especially Black who is convincingly a girl.

As mentioned, the new Jumanji movie is less threatening. And depending on who you are talking to, it’s the film’s weak spot. Their antagonist Russel Van Pelt (Bobby Cannavale), a younger version of the original, is mediocre compared to 1995’s Van Pelt (Jonathan Hyde).

Console lovers will delight at the references on mid-90s role-playing games. The change of medium from boardgame to video game also makes Jumanji safer as everyone gets three lives. But it also sets an opportunity to deliver a powerful line - in the real life, we only get one shot.

All in all, Jumanji: Welcome to the Jungle is a fun movie to watch that would make Robin Williams proud.


Jumanji: Welcome to the Jungle is now showing in the Philippines
Labels: geek movie reviews pop