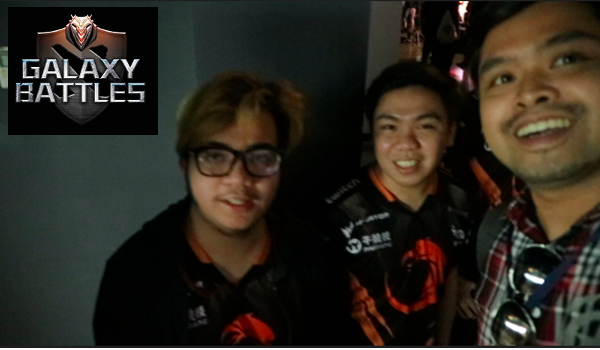 Galaxy Battles Major is back today with a bigger and better season two!

After reaching global audiences for Galaxy Battles season one in Shenzhen, China, the organizers Fallout Gaming (FG) and Purpose Win (PWEL) are hosting this season in the Philippines.

With sights set on bringing the tournament home to Southeast Asia, both organizers have a vision to reinvent the Dota 2 esports competitive scene via its delivery of the tournament, the tournament itself and explorations into experiential consumer engagements for the upcoming major event.


Season two of Galaxy Battles comes with the tagline emerging worlds which plays a double meaning in its phrase and represents merging the amateur scene with the professional scene for the first time ever in Dota 2 history (merging worlds) and bringing Southeast Asia on par with the rest of the world’s mature esports markets across the globe (emerging worlds).

The upcoming Majors, with a total prize pool of USD 1,000,000.00 will commence in mid-November with the regional invitational qualifiers and the open qualifiers played throughout 6 regions; China, Southeast Asia, Europe, Commonwealth of Independent States (CIS), North America and South America. The qualifying period will run for an approximate duration of 4 weeks and will determine the top 8 qualifying slots for the Galaxy Battles qualifiers. The slot allocations per region are divided as such: 1 slot will be award to the Open Qualifiers, 1 slot to China, 1 slot to South East Asia, 1 slot to Europe, 1 slot to CIS, 1 slot to North America and 1 slot to South America. 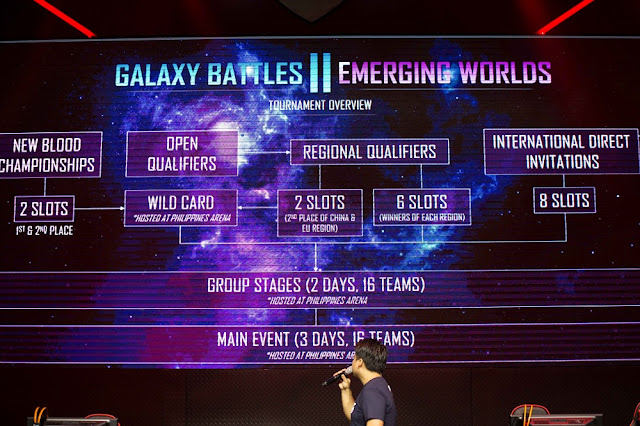 The Galaxy Battles Major will also see 2 slots being allocated for the first time to the New Blood Championships, South East Asia’s first amateur tournament. An initiative start ed by the organizers to help shed light on aspiring esports athletes and talents in the region.

Following these 10 slots allocated to the qualifying phases, Galaxy Battles will be directly inviting 8 teams across 6 regions to the main event accommodating a total of 18 teams.

The main event will be hosted at the largest indoor stadium in the world, Philippine Arena, Bulacan. The venue boasts a 60,000 seating capacity and will be the home of the Galaxy Battles Major. The venue and its surrounding area will be separated into 3 main sections;

The Galaxy Battles Dota 2 World – the first ever Dota 2 themed activities ground will feature a range of theme park like activities, food and beverage zones, resting pods and rest areas, and a sponsorship area where partners are able to feature their products, services and engagements.

The Galaxy Entertainment Arena – located in an open air stadium parallel to the Philippine Arena will host the Galaxy Battles music festival that will feature International artists, regional artists and local artists throughout the duration of the event. 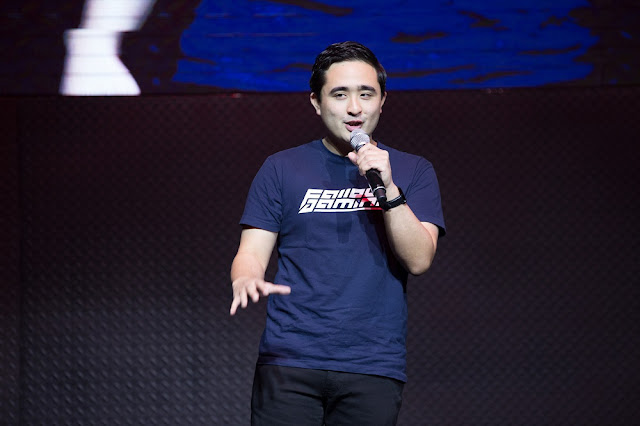 “Introducing new experiential event components to esports events brings a new dynamic to the overall consumer experience. What we hope to achieve with the fusion of entertainment and esports is a more holistic approach to creating an exciting and fresh way to experience gaming.” says Adrian Gaffor, Managing Director of Fallout Gaming.


With the fusion of esports, entertainment and experiential activities the event taps into more than just the viewership aspect of esports but also explores the outer ecosystem which reaches into both passive and active consumer activities. 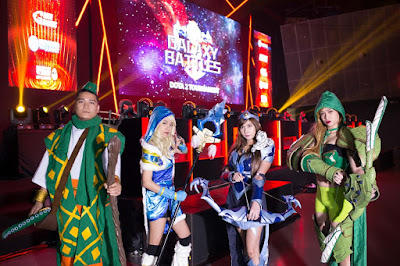 “Music is a large part of the gaming and esports lifestyle. Looking at today’s youth we find that in order to develop a great platform that is sustainable, we must include core components that are relatable and relevant to our audience,” closes Sky Lim.


The Galaxy Battles Major will be on Jan. 19-21 in Philippine Arena, Bulacan. It is an exciting start to the year and definitely one to experience.