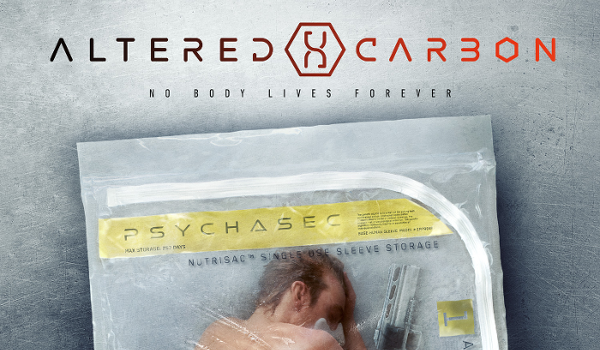 ..not even in the death-defying world of Altered Carbon, where immortality is readily obtainable and the physical body is as disposable as a pair of shoes.

Based on the classic cyberpunk noir novel by Richard K. Morgan, Altered Carbon is an intriguing story of murder, love, sex, and betrayal, set more than 300 years in the future. Society has been transformed by new technology: consciousness can be digitized; human bodies are interchangeable; death is no longer permanent.