Spoiler-filled Review | ‘Star Wars: The Last Jedi’ is a commentary on elitism 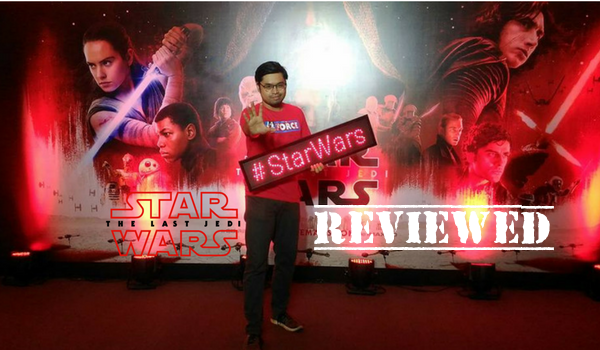 The Force does not belong to the Jedi. And as the movie revealed - it could also be wielded by a young peasant in Canto Bight or a “nobody” like Rey, whose parents sold her off for drinking money in Jakku, if Kylo Ren’s intel is to be believed.

This is a meta-commentary on elitism. For years, the Star Wars universe has revolved around the Skywalker bloodline. While it showed Leia and Luke working on the side of angels, it is in the same family where Anakin/Darth Vader and Ben/Kylo Ren emerged.

Look at the clans who have run our country. Pick an oligarch family. I’m sure you’d know any of these perpetuating dynasties have also produced bad eggs. Problem is, this is the political system that we have. People vote for household (sur)names. And like Vice Admiral Amilyn Holdo, we quote ailing or dead leaders to defend our loyalties. Never mind if later, one turned out a tyrant, he was a good soldier; or one's leadership was mired in the old-blame thinking, his father was a martyr, his mother a saint.

Now, I can understand why some did not like Star Wars: The Last Jedi. Having one of the main characters voice out the hypocrisy and the failure of the Jedi religion dismantles everything their heroes stood for. Luke’s cynicism and Kylo Ren’s sense of entitlement break it to longtime fans that the Skywalkers should not be the “center of the (Star Wars) universe.”

It is a blunt farewell to the popular characters that carried the franchise. Incidentally, the film’s writer-director Rian Johnson has been tapped to do another trilogy not centering on the Skywalkers.

Imagine a member of a political clan here you support suddenly no longer believes what his predecessors - his parents, for example - fought for, or he believes their family had been part of the problem. Yeah, we can just imagine. It’s unlikely to happen here.

But that’s what happened in Star Wars: The Last Jedi, which surprised everyone.  When Luke hesitated to destroy the Jedi texts, Yoda did it himself. His master acknowledged Luke’s mistake and imparted wisdom before rejoining The Force. “The greatest teacher, failure is,” Yoda said. (or said Yoda. Whatever.)

In his battle against Kylo Ren, Luke put his nephew in his place. He’s not the last jedi, he corrected the mad man previously known as Ben. It’s being reborn in the likes of Rey, a non-Skywalker, a “nobody.”

Second viewing of #TheLastJedi done! I understood and enjoyed the new #StarWars movie better! Thanks for the invite, @snippetmedia! May the Force be with you! #readwhatmatters #TheLastJediPH #movies #geek
A post shared by Jerald's Secret HQ (@jerald_uy) on Dec 13, 2017 at 3:37am PST