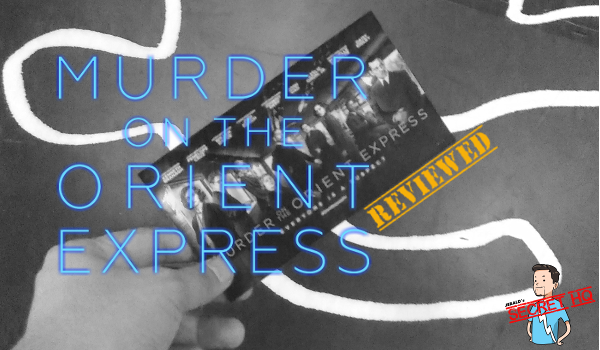 Coming to the cinema without having read the novel by Agatha Christie nor watched the 1976 film adaptation, this millenial reviewer was thrilled to watch Murder on the Orient Express without carrying the burden of comparing it to its previous incarnations.

The oldies may find it a ride worth skipping. To someone who is only discovering the detective stories of the past century, it was a delightful experience to see it; the movie could prompt the young generation to pick up the book and watch the original film.

The trailer already gave us the plot - colorful characters boarded a train where a murder was committed. It just so happened that renowned detective Hercule Poirot, portrayed by the director himself Kenneth Branagh (Sidenote: He directed the first Thor movie), was also in the train, and man, this western Mr. Suave is more than his stylish moustache.

The movie did a bang up job of introducing the detective, who has an OCD in anything in disarray. The film opens in Jerusalem, solving a mystery that would make the Scooby Gang start a fan club named after him. 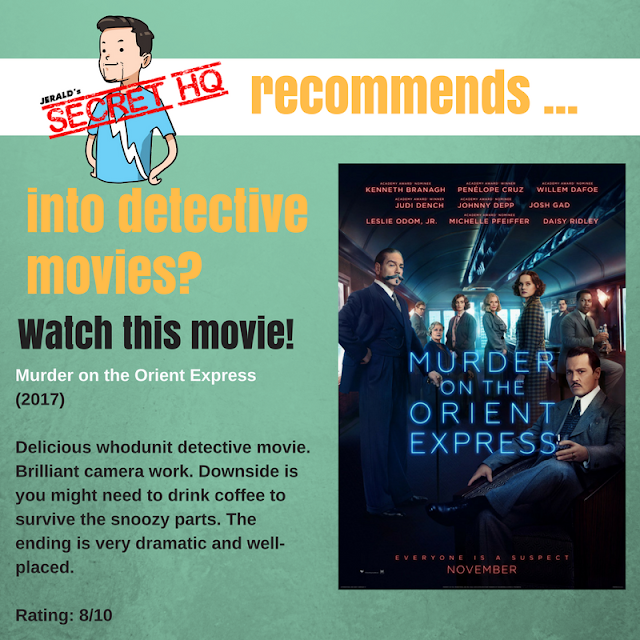 Onto the main plot, the amazing camera work maximized shots inside the narrow train, it felt a bit theatrical. Now, some reviewers have criticized that the stellar cast from Judi Dench to newcomer Daisy Ridley was not fully tapped. But I beg to disagree - it was good to see these actors take on supporting roles, instead of plainly mesmerizing viewers with their celebrity status. They were there to help tell a story, not to hog the spotlight.

I must admit though that there were snoozy parts during Poirot's investigation. For a while, I thought the character was cheating storytelling-wise when he was supplying information about previous events he just remembered.

But it was offset by the dramatic ending, where viewers finally learned who the killer was. With a satisfying resolution, Murder on the Orient Express is a triumphant old-school film that shows that black-and-white look at crime doesn't work in a gray world.


Poirot here was like the detective hero Batman, whose rogue's gallery includes people who have been victimized. As Two-Face said in The Dark Knight Returns, "You either die a hero or live long enough to see yourself become the villain."

Murder on the Orient Express is now showing in the Philippines
Labels: movies novels pop reviews