#Bright World | A Guide to the World of 'Bright' 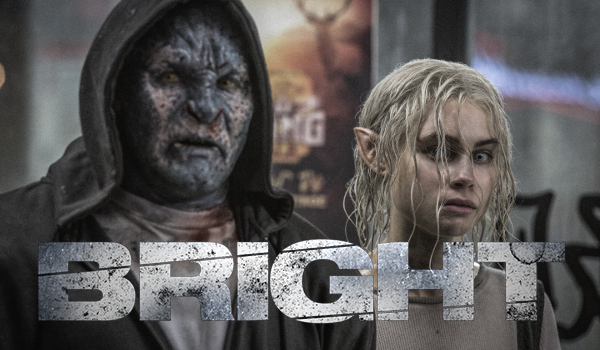 In a gritty, modern day Los Angeles where humans have co-existed with Elves, Orcs, and other assorted creatures for centuries, trouble is never far away.

Will Smith brings his action A-game to Bright, the explosive new feature film reuniting him with Suicide Squad director David Ayer, which premiered on Netflix on December 22. Set in an alternate version of present day Los Angeles in which Elves and Orcs and other supernatural beings live side-by-side with humans, Bright chronicles the adventures of two LAPD officers as they embark on a routine night patrol that will alter the future of their world. Battling both their personal differences and an onslaught of enemies, they must work together to protect a young female Elf and a thought-to-be-forgotten relic, which, in the wrong hands, could destroy everything. 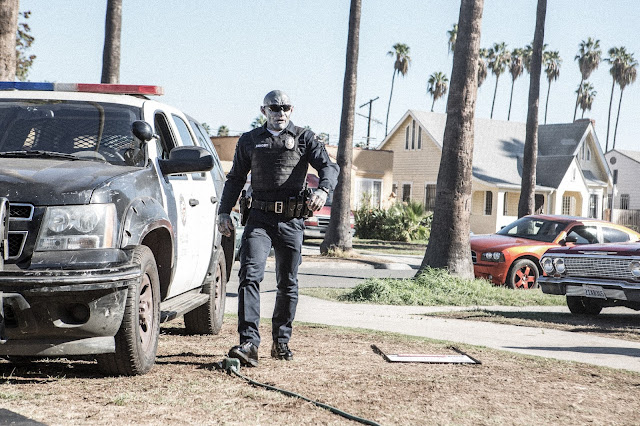 “We crashed fantasy with the real world,” production designer Andrew Menzies says. “We developed a language for the movie that’s a real language for Orcs with an alphabet, and then added that Orc layer with advertising posters and writing so that you really feel like they have been integrated into this world for centuries.”

Menzies also wanted to convey the idea of a dangerous world on the verge of devolving into chaos. “We added a lot of litter to our sets because we want to feel like this society is on the brink of breaking,” he says. “Everything’s a little worn, a little tired. The police cars are beat up. There’s a lot of conflict among the species, and everything is just frayed around the edges.” 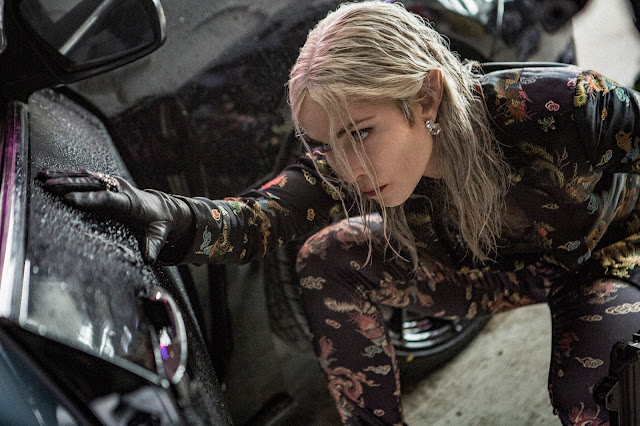 Besides being required to go on ride-alongs with LAPD officers, the cast also underwent extensive physical training at RMMA (Richard Mesquita Martial Arts) in the Echo Park neighborhood of Los Angeles.

“I loved training with the other cast members and doing some boxing and fighting each other,” says Lucy Fry, who plays the young Elf who has the relic. “It made us feel like a team.”

“I loved Dojo training!” echoes Joel Edgerton. “All that stuff is about building trust and camaraderie with your fellow actors.”

Smith deadpans: “Once you kick someone in their face, then you can trust them! What a fun way to build camaraderie.” 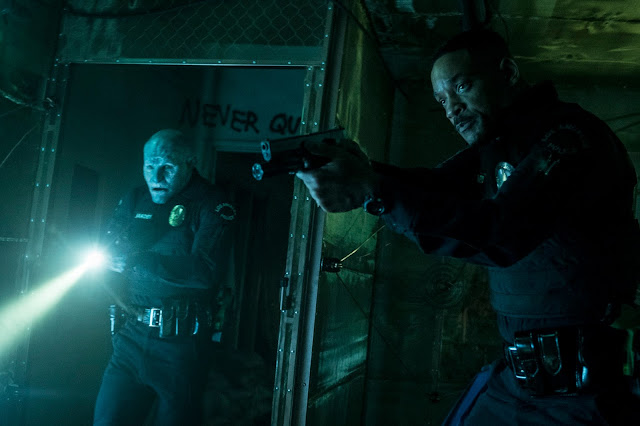 “We established a distinct movement pattern specific to each species,” supervising stunt coordinator Robert Alonzo says. “Elves basically have the superhero-esque type of movement with agility, power, and strength—they’re light, quick, and fast. Orcs, on the other hand, they are still fast, but not as fast as humans and definitely not as fast as our Elves. They’re more dense, heavier, but still also maintain the strength.

“Although this is a fantastical world, the physics still are much relatable to what we have in our own world,” Alonzo continues. “That’s what gives it the gritty, realistic, more believable feeling.” 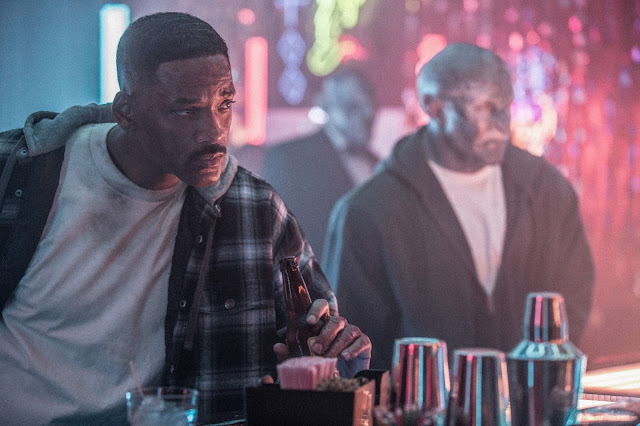 Will Smith was a natural choice to play Officer Ward, not only because of his long and storied history with action and visual effects spectacles (Independence Day, Men in Black, I Am Legend) and his previous collaboration with director David Ayer (Suicide Squad), but also because of his impeccable comic timing, which punctuates the intense action sequences with just the right amount of humor.

“I feel that no matter how dramatic something is, no matter how heavy a topic is, no matter how much the action is, the most human part is the part that makes you laugh,” Smith says. “When you can have all those other fantastic elements, nothing beats comedy. We all wanted to make sure that we found a really organic comedic tone.”

A great deal of research and development went into developing the looks for the Orcs and the Elves. “I wanted our Orcs to be organic, to be different, but not too far away from what we know so as not to redefine what an Orc is,” says effects makeup department head Christopher Nelson. “Orcs are mammals. They’re red-blooded, air breathing. So, I researched mammals, primarily hairless monkeys, hairless bears, and hippopotamuses. It was really striking. They had these really unique, earth-tone paint schemes and pigmentations.”

“There is a rule about Elves,” makeup designer Alessandro Bertolazzi says. “They have pointy ears and their teeth are also a little bit pointy. And the other rule David established is that our Elves are sophisticated, elegant, and rich. So, we thought with that idea, an Elf doesn’t age. They don’t have wrinkles. Their skin has to be flat, perfect, like a doll, so we made their skin a little bluish or pink.” 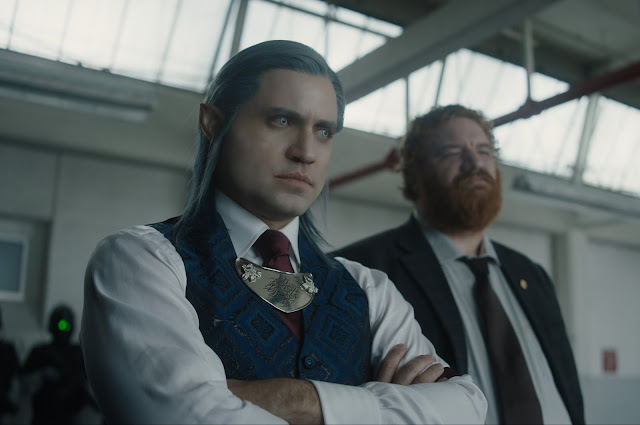 Costume designer Kelli Jones further differentiated the looks between Elves and Orcs. “The Elves, basically all of their stuff is couture, while the Orcs wear leather and patches,” Jones says. “Their stuff had to be really distressed.”

“I think the film brilliantly creates its own world, but it also very much mirrors the world that we all live in, which is amazing at times and completely [screwed up] at others. I think this song was kind of a response to that. If you step back and look at what’s happening everywhere, there’s a kind of helplessness to it, but I think it’s important to be resilient as well. We wanted to show some defiance in the face of the madness of this world,” Smith says about “World Gone Mad,” the song Bastille frontman Dan Smith wrote especially for the film.