Soundcheck | Listen to the New Songs from 'Olaf's Frozen Adventure' 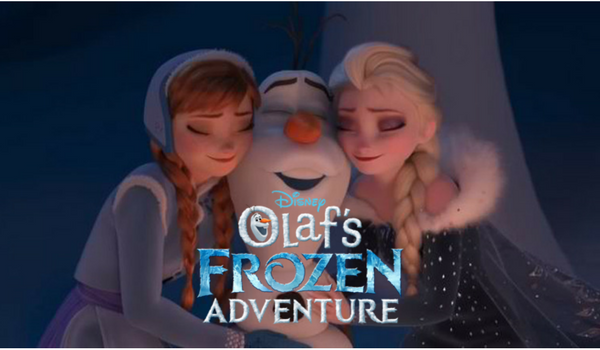 Walt Disney Animation Studios has posted previews of the new songs from Olaf’s Frozen Adventure, an all-new featurette that will play in Philippine cinemas before Disney/Pixar’s Coco on November 22.

The songs are “Ring in the Season” by Kristen Bell,” “That Time of Year” by Josh Gad and “When We’re Together” by Idina Menzel.

Listen to the Olaf’s Frozen Adventure songs below!

“Ring in the Season”


“That Time of Year”

Featuring four new original songs, the 21-minute featurette Olaf's Frozen Adventure welcomes the original cast and characters of Frozen back to the big screen, including Olaf (voice of Josh Gad), who is on a mission to harness the best holiday traditions for Anna (voice of Kristen Bell), Elsa (voice of Idina Menzel) and Kristoff (voice of Jonathan Groff). The featurette is directed by Emmy-winning filmmakers Kevin Deters and Stevie Wermers-Skelton (Prep & Landing), produced by Oscar winner Roy Conli (Big Hero 6), with original songs by Elyssa Samsel and Kate Anderson (Between the Lines).