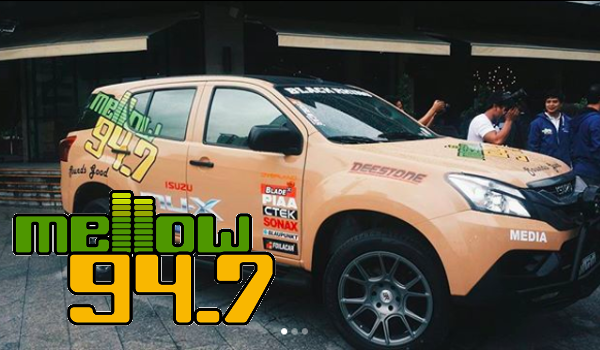 Few radio stations in Metro Manila stand the test of time and in this day of instant gratification, some may feel that radio has run its course.  As the iPod generation has given way to the music streaming generation, radio has managed to stay in the mainstream.

What began in 1973, during Martial Law, Mellow Touch as it was called then, with the call sign, DWLL was one of the pioneering FM radio stations at that time. Its format would become the precursor to what we know as easy listening today.

As the long-playing record or LP would eventually give way to the CD, and the early days of digital media, Mellow Touch continued to play songs that everyone knew and could easily sing along to. But as music stored on devices eventually gave way to online streaming, many thought that radio would finally fizzle out.  As it turns out, radio is still as relevant today as it was when it started about some four decades ago.


Its programming was purely recorded and predominantly featured the voice of retired DWBL Broadcaster, Butch Gonzales, and urged listeners to reminisce about their lives as they “bike along the boulevard” and tell them that “you are the minstrel, and I your guitar”. This station jingle would be the one that endeared listeners to the Mellow sound for many years to come and would be the one reference that most people would use when talking about Mellow Touch.

In 2006, it dropped the word Touch from its name but still retained “Mellow” as it adjusted its playlist to a pop format, and selected songs that even former listeners would like, and new and younger listeners would appreciate. Since then, the station has enjoyed success, amidst the change in the radio landscape and it is this change that Mellow 94.7 is riding up on today.

The current lineup of Mellow’s DJ’s are an eclectic mix of seasoned radio personalities and student jocks who can relate and appeal to a good spread of listeners, but its priority will always be music. Music always came first.  It was true then and even more true now.

But music is not the only thing that has changed over the years.

Social media changed how we go about our daily lives. Platforms like Facebook and its Live component not to mention Instagram and Twitter have all given radio alternative ways to expand and reach more listeners, not only locally but worldwide.  But with more ways to be in touch, they at Mellow 94.7 have decided to reach out and bring back human contact into what we do.

Currently Mellow 94.7 is preparing to take our A-game to the next level as they celebrate their upcoming 45th year this February 2018.

They launched their campaign “Road to 45” by partnering with a well-known brand in the automotive industry, known for its dependability and reliability. Having just celebrated their 20-year milestone here in the Philippines, Isuzu Philippines Corporation (IPC) will be their mobility partner for our On-The-Road campaign leading up to our 45th anniversary.

In the coming months, get ready to see the impressive, Mellow 94.7 Isuzu mu-X’s we affectionately call the Mellow mu-X.  They have two of them and they’ll be easy to spot as Foilacar has wrapped them in an eye-catching Desert Tan scheme with the Mellow 94.7 and Isuzu mu-X Blue Power logo. These will be driven daily by their DJ’s around Metro Manila for all to see.

Mellow 94.7, Isuzu and their partners have a lot of awesome activities lined up for their listeners every week leading up to their 45th Anniversary like prize giveaways, stick-on activities, photo contests and many more!  It’s as easy as tuning in and keeping an eye out for the bad ass Mellow mu-X’s on the road. They’re going to go out and meet our listeners and give away prizes just for tuning in!


“Reaching 45 years is indeed a milestone and to be given the opportunity to celebrate is an opportunity to look back on the friends and our competition who have shaped us into what, and who we are and in anticipation of how we can further evolve to be the better version of ourselves. Just like our partnership with Isuzu, a company that through its existence has also evolved to be better will be the perfect companion on the road ahead,” said Luigi Vera, President, Mellow 94.7

“IPC has found a partner with Mellow 94.7 as we have a lot of things in common, having endured the test of time despite socio-economic changes and stiff competition. Today, we will start this new partnership as our newest product offering, the Isuzu mu-X equipped with Blue Power engine rides with Mellow 94.7 on their Road to 45. I am confident that our new mu-X will best represent the kind of cool, comfortable and relaxing ride that will go perfectly well with the sound of Mellow 94.7,” said Hajime Koso, President, IPC

The Mellow mu-X’s are eye catching and each uniquely equipped, one is set for the urban jungle and the other is ready for going off the beaten path. These vehicles show that Mellow 94.7 is ready for what lies ahead and with dependable vehicles like the Isuzu mu-X with their Euro 4 compliant Blue Power engines, and their partners: Foilacar, Overland Offroad, Blade Auto Center, CTEK, PIAA, Blaupunkt, Black Rhino Alloy Wheels, Nitto Tires and Deestone Tires; they’re ready to hit the road to 45.