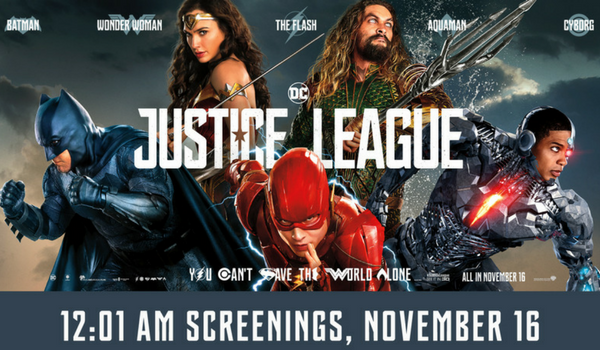 Since you'd probably up on Wednesday night in anticipation for Justice League, why not head to the cinemas and watch the movie a minute past midnight?

Justice League will have midnight sneaks in selected cinemas nationwide on Thursday, November 16 at 12:01 AM. (Virtually, Wednesday evening for insomniacs)

Grab this opportunity to be among the first in the world to see DC's greatest heroes. Tickets to the midnight screening will be at regular admission prices. 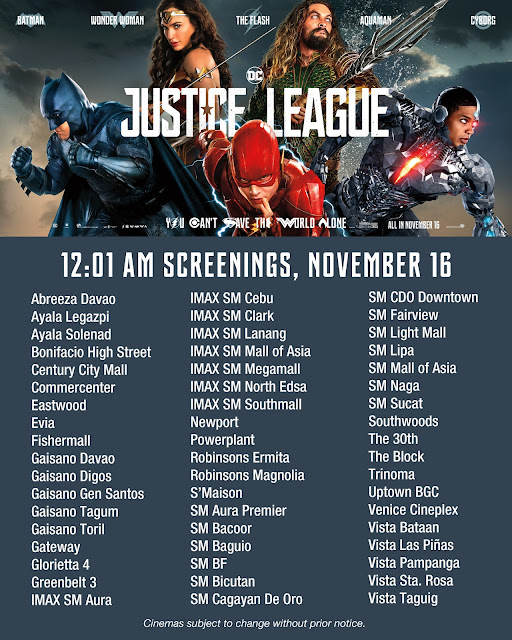 
The film also brings back Amy Adams as Lois Lane, Jeremy Irons as Alfred, Diane Lane as Martha Kent, Connie Nielsen as Hippolyta and Joe Morton as Silas Stone, and expands the universe by introducing J.K. Simmons as Commissioner Gordon, Ciarán Hinds as Steppenwolf, and Amber Heard as Mera.