The new 'Ang Panday' poster does not credit its original artist 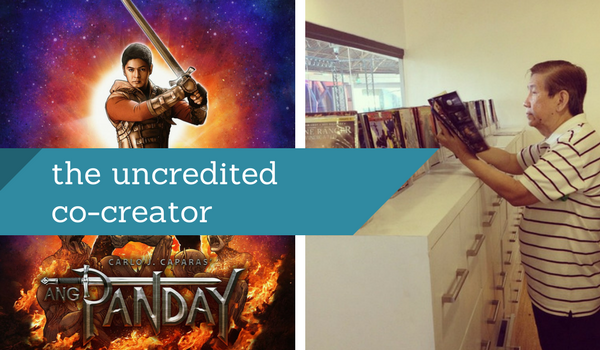 Why is Steve Gan, the co-creator of iconic komiks character Ang Panday, never credited for his work?

Case in point - the poster for the Metro Manila Film Festival entry, starred by Coco Martin, solely credits Carlo J. Caparas as its creator. This is not new though - the TV series and spinoffs never acknowledged Gan as a co-creator.

In a 2014 interview, Gan wished that the Philippines caught up more with the Western countries in terms of creators rights of which he has not seen a centavo for his efforts for Ang Panday.

Gan, who is now in his 70s, deserves credit. It's sad that his contribution to the iconic Pinoy hero has never been honored by the local entertainment industry. It also sends a message that there is a low regard for our  veteran artists.