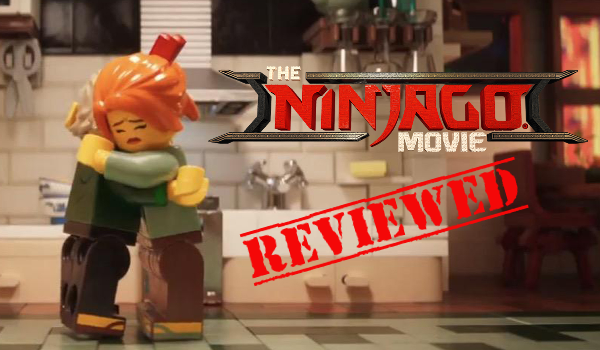 Got some daddy issues? Maybe you need to bring some tissues when you watch the LEGO Ninjago Movie.

Like its predecessors, the LEGO Movie and the LEGO Batman Movie, the LEGO Ninjago Movie (man, that’s a lot of LEGOs in one sentence) tackles quite sensitive themes rarely featured in animated films. As seen in the trailer, the Green Ninja comes from a broken family, secretly fighting his supervillain dad - Garmadon as a member of a rainbow-colored super team, complete with Super Sentai tropes - mechas, individual power sets, and an enigmatic master. His civilian identity, Lloyd, also had to deal with societal bullying, making the character face conflicts on two fronts.

It won’t be a LEGO movie if it does not have humor. Its silliness somehow adds layer to Lloyd’s character - showing that despite the seriousness of having an evil dad, he can still enjoy life with his friends and mom. Lloyd chooses not to be miserable and surprisingly takes the high road than be defined by the sins of his father. The movie also showed the effects of having an estranged parent on a child - the frustrations that lead to anger,  resentment, and self-destructive behavior.

The LEGO Ninjago Movie is one of the textbook examples that animated features have grown up. This one goes under the list of animated features where the likes of Inside Out belong. It subtly educates and empowers children who might feel they are victims of circumstances, through humor, robots and ninjas - in a language that they understand.