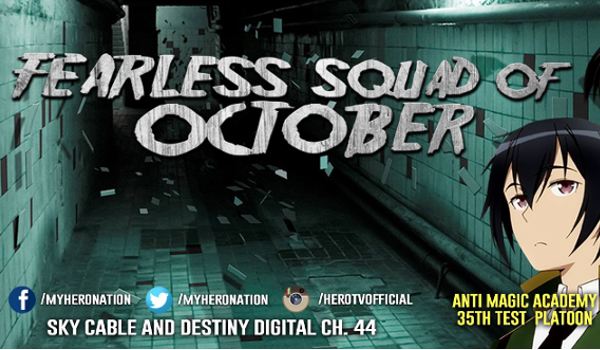 More exciting battles are taking place on Hero TV this October as Anti-Magic Academy: The 35th Test Platoon and Initial D Legend Kakusei arrive on the anime cable channel along with the thrillling comeback of Konosuba for its second season.

The Anti-Magic Academy: The 35th Test Platoon brings in a story of hope for wannabe warriors who dream of becoming inquisitors, a special kind of fighters who can prevent great threats without harming anyone. In the Anti-Magic Academy, a small squad called the 35th Test Platoon is set to face an enormous change when Ouka Ootori, a powerful but rebellious former inquisitor, is forced to join the so-called ‘incompetent’ squad.


Meanwhile, Hero Theatrixx airs the Initial D Legend Kakusei, the first part of a trilogy about a delivery boy who becomes a racing legend. Takumi Fujiwara, the lead character, faces the Takahashi brothers for the most epic battle in the history of drifting.

The new season of Konosuba continues to highlight the misadventures of Kazuma and his party. In their continuous struggle to earn money and deal with each other’s problematic personalities, things rarely go as planned, and they are often sidetracked by countless misfortunes and their foolish tendencies. 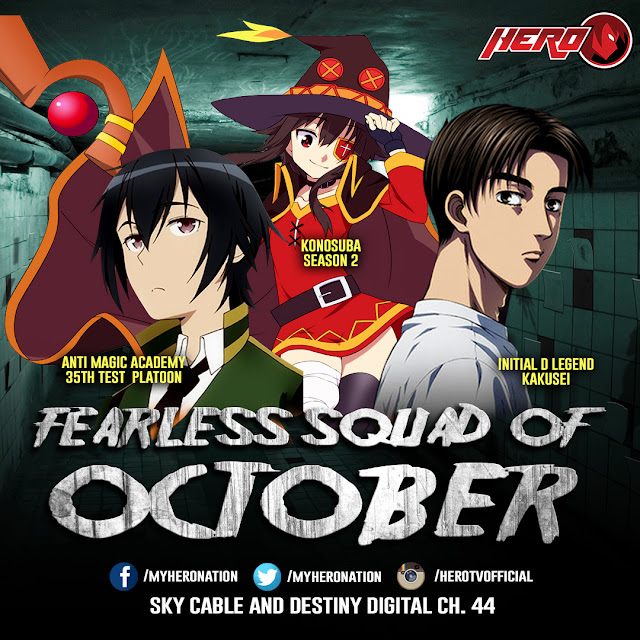