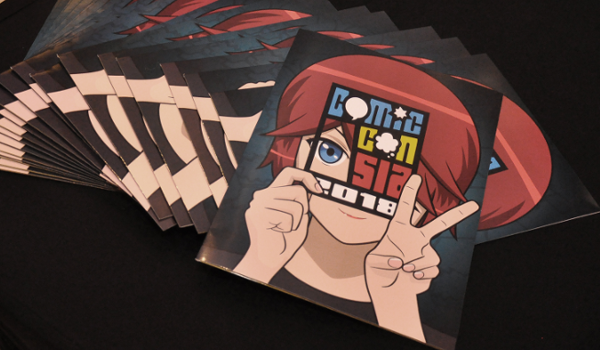 No other event can bring a massive assembly of fans together quite like that of a convention. But as most Filipinos can attest, the local convention fare has yet to reach its full potential.

Here to propel the convention fare further, shine the light on Filipino talent, and place us firmly on the international creative map, is ComicCon Asia, a newly-formed regional convention that goes beyond your average fan experience.

“What makes ComicCon Asia different, aside from it being a regional convention participated by both attendees and exhibitors from all over Asia, is the way we put a premium on the Filipino artistic potential,” says ComicCon Asia Event Producer Pauline Sofia Laping. “More than an avenue for us to bring home world class entertainment, ComicCon Asia serves as a platform for growing our creators’ industry and taking it to brand new heights.”

Set to be held at the SMX Convention Center, SM Mall of Asia, Pasay City, from the 24th to the 25th of March 2018, ComicCon Asia caters to the diverse regional followings of various franchises in comics, toys, movies, series, manga, anime, gaming, and cosplay.


The convention’s intent to nurture and exhibit Filipino talent at its finest can be felt in a host of features that center on the industry aspect of the trade. One co-located event is One Shot, a chance for undiscovered greats to pitch their movie, tv series, animation, comic, gaming, manga, anime, and toy ideas to influential industry movers with the intent of having them critiqued and possibly funded.

Another is The Great Filipino Graphic Novel contest, a graphic novel competition where veteran comic artists review submissions and award the most exceptional out of the bunch.

Apart from hosting exciting industry talks, panel discussions, and workshops from the world’s leading artists, creators, and producers, ComicCon Asia is also set to be a venue for business matching opportunities as the organizers plan to invite global entertainment brands for all possible licensees to meet.

Inside it is where Cosplay Match-up will be held, a space where cosplayers can go head-to-head in a cosplay tournament that evens the playing field for international, Filipino, gaming, and anime cosplayers. ComicCon Asia also has Auction Hero and the Trading Floor, venues where con-goers can bid on the rarest memorabilia and exchange limited edition collectibles, respectively.

Another thing that’s unique to ComicCon Asia 2018, aside from the international and regional celebrity guests coming in for exclusive meet-and-greets, is its highly immersive fan experience, one that’s centered on heroism and the chance to take the lead in your own narrative. ComicCon Asia’s unique gamified slant done through an innovative Mobile app and digital RFiD system ensures participants get to enjoy a memorable questing experience filled with perks, discounts, and rewards.

In line with the theme of heroism, and as a way of giving back, ComicCon Asia is giving the men and women in uniform who risk their lives for our country, along with a kid of their own, free tickets to the convention. In addition, proceeds from Auction Hero will benefit the widow’s fund of the AFP & PNP and Marawi evacuees.

“Just as how Filipinos abroad proved how we’re a creative force to be reckoned with, the time has come for a new breed of Filipino artists to prove their mettle. I’ve witnessed firsthand how our creative landscape developed and it is high time we band together with the end-goal of generating concrete support for the Filipino talent.”

So be part of ComicCon Asia as it showcases comics, movies, series, manga, anime, toys, gaming, and cosplay from both sides of the coin, while nurturing Filipino talent and giving fans what they deserve.


Who are the organizers of ComicCon Asia?

ComicCon Asia 2018 is backed by the combined expertise of PSL and Nam Entertainment Group in staging premier entertainment experiences and developing content for a global audience. For more information on ComicCon Asia,  log on to www.comiccon.asia.com or like and follow them on Facebook.

PSL Entertainment is an event management company committed to developing homegrown content and talents, and delivering premier entertainment experience to a global audience. It has introduced Miss Global to the Philippine audience and is a key mover within the Miss Global worldwide organization.

Nam Entertainment Group is a full-service media company developing content for the global audience, including reality television shows, international event productions, music festivals, and trade shows. It has offices in the United States, Canada, and Vietnam and is currently developing the television series The Bachelor for the Asian market.