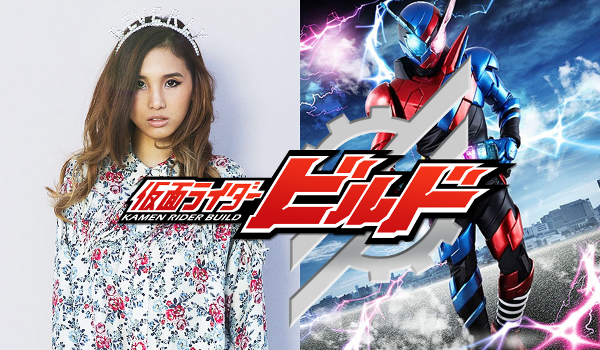 Filipino soloist Beverly (known in the Philippines as Beverly Caimen) provided vocals for the opening theme for Kamen Rider Build, the latest iteration of the popular TV franchise where Masked Rider Black came from.

Beverly performed the song "Be the One" with PANDORA, a new music unit that comprises of famed producers Beverly Tetsuya Komuro and Daisuke Asakura.

Beverly’s big break came when her song “I need your love” from her debut album "AWESOME" was used in the Fuji drama CRISIS starring Shun Oguri and Hidetoshi Nishijima. Prior to making a mark in the J-Pop scene, Beverly sang theme songs for GMA Network in the Philippines. In 2013, she was crowned Grand Champion Performer of the World in the senior division of World Championships of Performing Arts.

In Kamen Rider Build, Japan is divided into three by a formation called the “sky wall” after scientists discovered an alien artifact on Mars. Strange beings known as “smash” begin to appear, and a young physicist transforms into Kamen Rider Build to fight back.