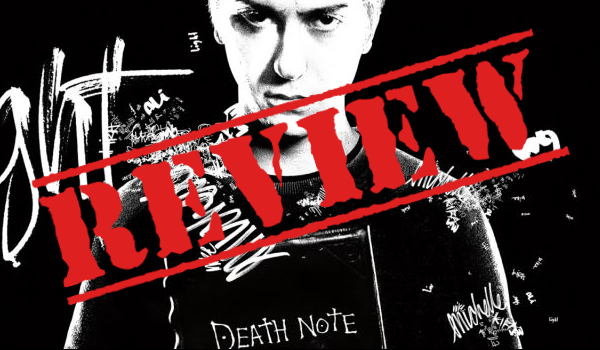 Netflix has a major misstep with its live-action adaptation of Death Note, whose Americanized version devolved the cult classic into a slasher B-movie, accompanied by misplaced 80s music. It is a poor addition to Netflix’s library, and if not for the impressive Marvel Netflix lineup, it would have hurt the brand and turned off potential subscribers.

I caught Death Note at the Hall N panel of AsiaPOP Comicon Manila 2017 with an open mind. Like the source material, Death Note revolves around a notebook where the owner could write down his target and method of dying. In the anime though, Light, a charismatic, good-looking psychopath believes he should cleanse the world of convicted criminals. This brings him to a cat-and-mouth chase with L, an eccentric detective whose deductive skills threaten the wannabe death god’s moves.

But at the onset of the film, we get a Light (Nat Wolff) who is mediocre, sharing the Death Note to a cheerleader to impress her. The love interest, Mia (Margaret Qualley), is a manipulative version of the character Misa, though the show fails to let us know her motivations to be that crazy. The good thing in the show is the inspired casting of Willem Dafoe as Ryuk, the bored shinigami (Japanese death god). Dafoe’s performance is so good though that he is overused in exposition.

Starting with petty revenge proved to be a problem in the pacing of the film. By the time, Light’s alter ego “Kira” went global with the murders, it has ruined the viewers’ suspension of disbelief. It lacked the thrill seeing Light and L (Lakeith Stanfield) outwit each other - which is the core of the original Death Note anime and Japanese live-action film.

The original material stood out because it was ahead of its time, mashing up a detective story with supernatural elements; and giving viewers a philosophical dilemma on personal notions of justice. Netflix’s Death Note missed the point what was it really about.

Death Note is now streaming on Netflix (should you choose to watch it).