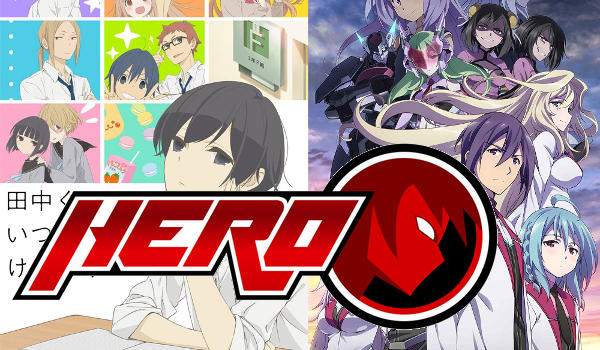 Discover the amusing journey of Tanaka, an imitable lethargic student who prays that each day will be as uneventful as the last, seeking to preserve his quiet, lazy lifestyle amidst school adventures. His friend, the energetic Oota, helps him with tasks he couldn’t do because of his inattentiveness and ability to fall asleep anywhere. Join Hero TV’s latest comic character as he deals with lively happenings that keep him from achieving the peaceful days he longs for.

Meanwhile, the story of students Ayato Amagiri and Julis continues in The Asterisk Wars season 2. They have progressed to the next round of the Phoenix Festa, a dueling tournament held in the City of Rikka or also called Asterisk. However, despite their best attempts, Ayato’s powers have been revealed and they are now at a major disadvantage. Will the duo come up with a plan to have any hope of winning the battle? 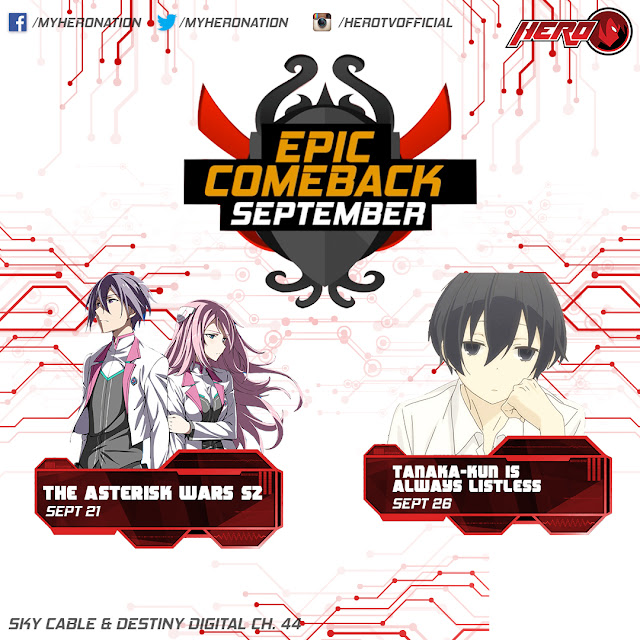 Catch The Asterisk Wars 2, Mondays to Fridays starting Sept. 21 at 6:30 pm, and Tanaka-Kun is Always Listless, starting Sept. 26 at 7 pm on Hero TV (SKYcable ch. 44). For updates, visit and like Hero TV on Facebook and follow the channel on Instagram @herotvofficial and Twitter @myHEROnation.
Labels: anime HeroTV otaku