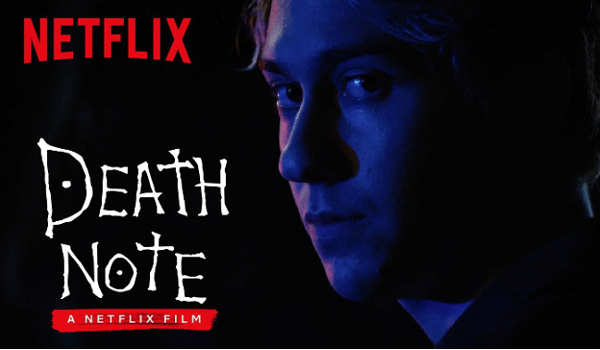 “Rule 1: The human whose name is written in this note shall die… ”

These words begin the rules of using the Death Note, the mysterious and ancient
leather-bound book that falls from the sky and into the hands of Seattle high school
student Light Turner (Nat Wolff) and soon upends his life, in the latest adaptation of popular manga Death Note, now streaming exclusively on Netflix.

In the original manga, the Death Note was a simple composition-style college notebook,
but for this version, director Adam Wingard wanted to embellish it with history and gravitas to reflect its age and power – something akin to a bible.

“Our first thought process was, let’s say the Death Note goes back so far there are languages within it that aren’t even human,” the director says. “So we took it from the beginning of time to modern day. We imply that there have been a lot of owners over the millennia.”

Explains production designer Tom Hammock: “We started with the basic idea that Ryuk
had been around for a very long time and has had periods in his life when he was bored
and dropped the Death Note to earth. And that’s extended over the entirety of civilization. 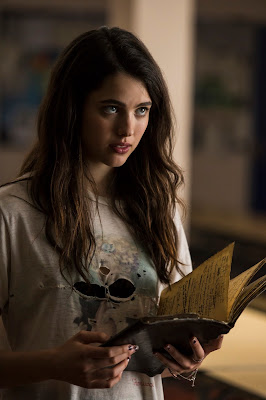 Over the course of several months, prop master Dan Sissons supervised the complicated
and precise design and crafting of the book to illustrate that the Death Note was ancient
and that people of different languages and cultures possessed it.

The book includes pages written in a multitude of languages including English and French,
and features Japanese and Chinese calligraphy for which Sissons brought in specialists to
compose each language.

“As far as content was concerned, Adam and Tom wanted it to have a mystery language with the rules written on parchment of vellum,” says Sissons. Vellum is a type of paper made from animal skin that was mostly used during the Middle Ages, and occasionally in modern times. “We researched different languages and different styles of calligraphy. It was all very complicated and very detailed.”

As a collaborative effort between the film’s art and prop departments, from conception
through completed design, the Death Note took two months to complete, utilizing a team of artists, calligraphers, binders, and other craftspeople. 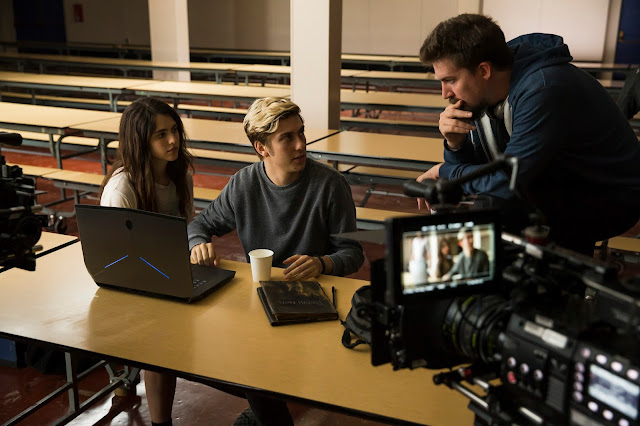 Sissons enlisted the help of a specialist leather crafter who made covers by hand for both the “hero” copy of the book – the one completely handcrafted and used for extreme close-ups – as well as the digitally scanned and printed copies.

Over the course of filming, 16 copies of the book were produced, each bound in handcrafted leather that took six hours to design and tool.