How Bill Skarsgård transformed into predator clown Pennywise for 'IT' 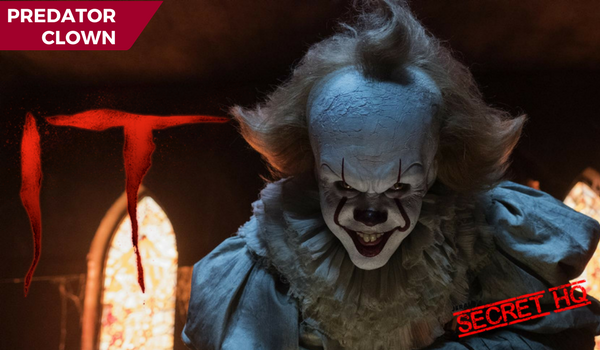 The filmmakers of New Line Cinema’s horror-thriller IT knew the actor cast as the predator Pennywise would have a significant impact on virtually every aspect of the film.

The enigmatically short title refers to the story’s central villain, an ancient shapeshifter that takes the form of its victims’ deepest fears and comes out of hibernation every 27 years to feed on the most vulnerable residents of Derry, Maine: the children. This time, however, seven young outcasts, who dub themselves “the Losers’ Club,” will band together to do battle with the mysterious being they call by the all-encompassing pronoun: It. But It goes by another name…a name that has become iconic in the annals of horror: Pennywise the Dancing Clown.

After an extensive process, Bill Skarsgård landed the coveted role. Director Andy Muschietti says, “I was first captivated by Bill’s performance in his audition and from then on, it was like discovering a new treat every day. He not only brought mystery and an intriguing quality to the character but had the guts to explore Pennywise’s insane theatricality. He had a madness in his look, and his body language was completely unnerving. Some of the physical demands of this role were exhausting, but I have to give it to Bill—his energy was at full all the time.”

In turn, Skarsgård says he counted on Muschietti’s guidance and appreciated the confidence his director placed in him.

“Andy trusted me and I trusted him. I knew I was in good hands so I could really go for it, and he responded to what I was doing. We had a great collaboration between the two of us.”

Screenwriter Seth Grahame-Smith remarks, “You can’t overstate what Bill added to this character in terms of his physicality, his attitude and his expressions.”

In fact, one expression the actor was able to bring to the role took the director by surprise. Muschiettir ecounts, “Pennywise’s wall-eyed appearance was something I had in mind from early on—I wanted him to have this crazy look where one of the eyes is going in a different direction, the opposite of cross-eyed. I mentioned this to Bill as a trait of the character, thinking it was something we would do in post-production. But he said, ‘Well, I can do that,’ and he just did it right there. And it freaked me out! You will see it in the movie; it’s pretty terrifying. One thing Bill couldn’t do was turn his blue eyes yellow—that we did have to do in post—but the wall-eyed stunt is all him.”

Apart from his physical characteristics, Skarsgård focused on creating Pennywise’s distinctive voice and maniacal laugh. For the voice, he landed on what he calls “a kind of crackling, high-pitched tone.” 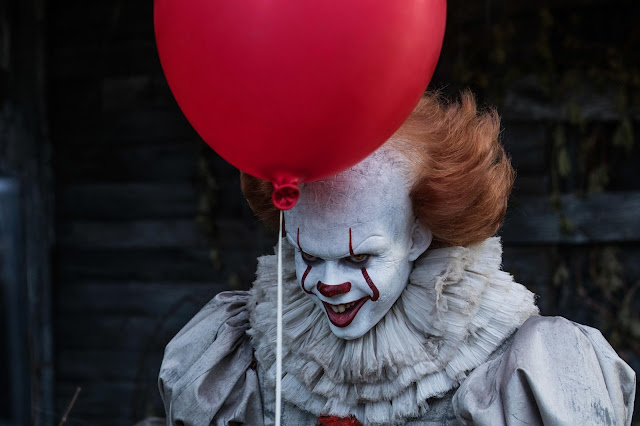 Muschietti gave a great deal of thought to how he was going to reveal Pennywise onscreen. “It’s an iconic moment in the book that many people will be waiting to see,” the director acknowledges. “The scene is mesmerizing; the first appearance of Pennywise is intriguing and charismatic, but at the same time, you know there’s something wrong about him. But he’s also shrouded in a kind of magic that is quite unsettling.”

That unsettling feeling is something to which Barbara Muschietti could relate. “Clearly, the first time we see Pennywise is an incredibly important scene and, speaking for myself, it’s something that stays with you. From the first time I read the book, it was very difficult for me to look at a storm drain and not think of Pennywise lurking,” she smiles. “We wanted to create an image you will never forget.”


IT opens on September 7 in the Philippines.
Labels: horror novels pop Stephen King