Quintessential 'Fantastic Four' writer to Disney: Get FF back from Fox 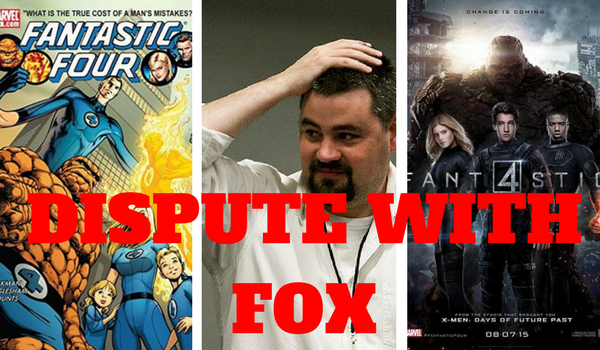 In an interview with Newsarama, quintessential Fantastic Four writer Jonathan Hickman confirmed that there are no FF comics being published because of the row over film rights.


"I think it’s pretty common knowledge at this point that Marvel isn’t publishing Fantastic Four because of their disagreement with Fox,” Hickman explained. “While it bums me out, I completely understand because, well, it isn’t like they’re not acting out of cause. Fox needs to do a better job there.”

And, according to Hickman, there is one specific thing that could definitely bring the Fantastic Four back. "Disney probably needs to buy Fox.”

Hickman said that there was no intention to permanently send away the Richardses to other universes, who we saw exploring the multiverse at the end of Hickman's Secret Wars.

"We knew a year or so out that the Fantastic Four as a property wasn't going to be published at Marvel past 2015," Hickman explained of their last appearance in Secret Wars. "When this became a foregone conclusion, then Secret Wars moved about six inches to the left to read as 'the last Fantastic Four story.' I mean, it's not, as it'll be back someday, and it's not, as it's only the Doom-Reed axis and not the entire family, but it's the best we could do because of how pregnant we were."

Meanwhile, DC Comics is set to release its own take on Fantastic Four - The Terrifics. Written by Jeff Lemire and illustrated Ivan Reis, with character re-designs by Evan ‘Doc’ Shaner, The Terrifics stars scientist Mr. Terrific, malleable hero Plastic Man, Metamorpho - a brute with physical disfiguation, and Phantom Girl, a woman who can become intangible. 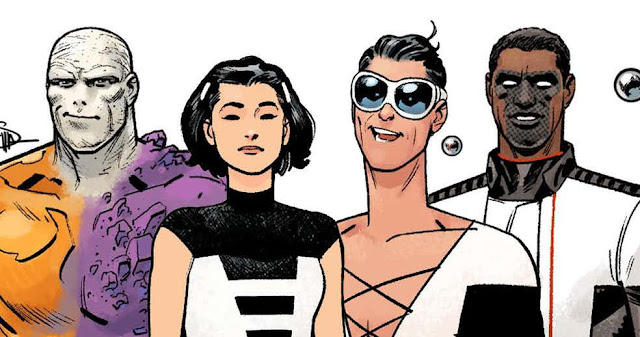 Lemire said during the Dark Matter panel in San Diego Comic Con that his goal with The Terrifics is to recapture the feeling of Stan Lee and Jack Kirby's Fantastic Four.
Labels: comics Fantastic Four geek Jonathan Hickman