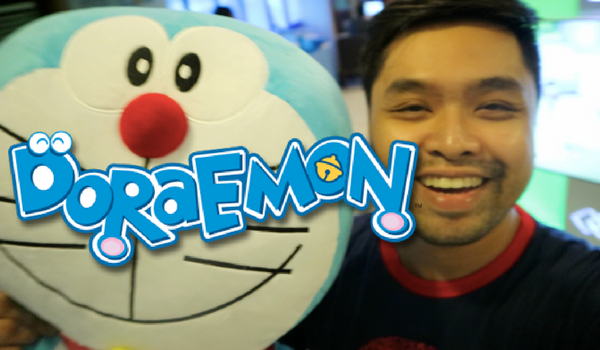 Teasing is part of growing up — pretty much every child experiences it. But it’s not always as harmless as it seems. Sometimes, words cause pain. There are many other situations you may be going through now.

But have no fear, Doraemon is here! He’s a friend and a hero. Someone who is always there for you, defend you, take care of you, and be your good friend all the time.

Heroes may come in various shapes and sizes. You may be used to the typical masked caped crusader with superhuman strength. Doraemon is different from these. He may even look cute and sound, but his heroic qualities go beyond the physical.

Doraemon is a cat-type robot sent back in time from the future to help and guide a young boy named Nobita. Instead of confronting his daily difficulties, Doraemon gives Nobita some other ways to cope. In this manner, he shares valuable principles that will form Nobita’s character.

Doraemon does not just give advice. He also has some techy tricks up his sleeves, or rather his 4D pocket. He uses these gadgets to keep Nobita out of trouble, sometimes ones that he started himself.

Some of these secret gadgets are: The Takecopter- place this handy propeller on top of the head and get ready to fly! 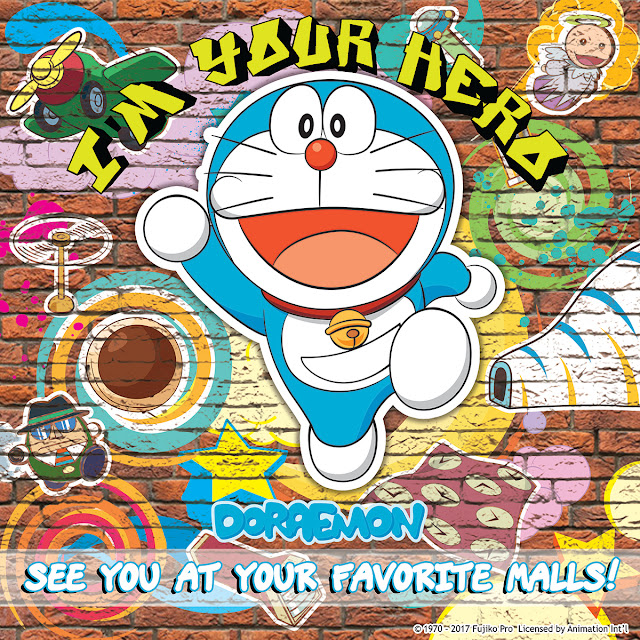 The Dokademo door, also known as the Anywhere Door, takes you where you want to go within the limits of 10 light years.

Ultimately, what makes Doraemon popular among kids and the young at heart is at the end of every adventure, he never fails to impart values. Honesty, perseverance, courage, family, and respect for elders while still lending a comic flavor to all his adventures.

FROM TRADE SHOW TO ROAD SHOW 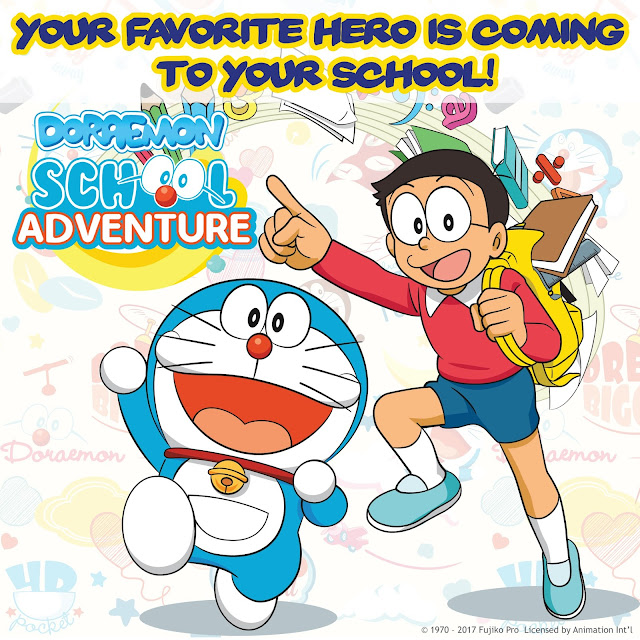 Doraemon’s happy, helpful, and heroic character is being made known beyond the confines of anime
and TV shows. He continues to spread fun and learning through metro-wide events for Elementary
students. The School Adventure is a series of shows happening from August to September 2017.

Beginning on August 2 at UNO High School and on August 24 at the College of the Holy Spirit. Doraemon believes in bringing out the best in every kid. Inspiring to make heroes out of each and every kid on a day of fun-filled activities with Doraemon, we aim to promote positive values to shape kids to be heroes in their own ways.

Doraemon will also be touring the metro through a series of mall activities called ROADventure. Starting this August until December 2017, kicking-off at SM North EDSA – The Block from August 7 to 13, 2017.

The event will showcase the first ever Doraemon “I’m Your Hero” van where the participants can like, shoot, post, and share their photos and unique experience during the event together with the 16-ft Inflatable Doraemon. They will also get a chance to take photos with Doraemon himself! Check out the schedule below! 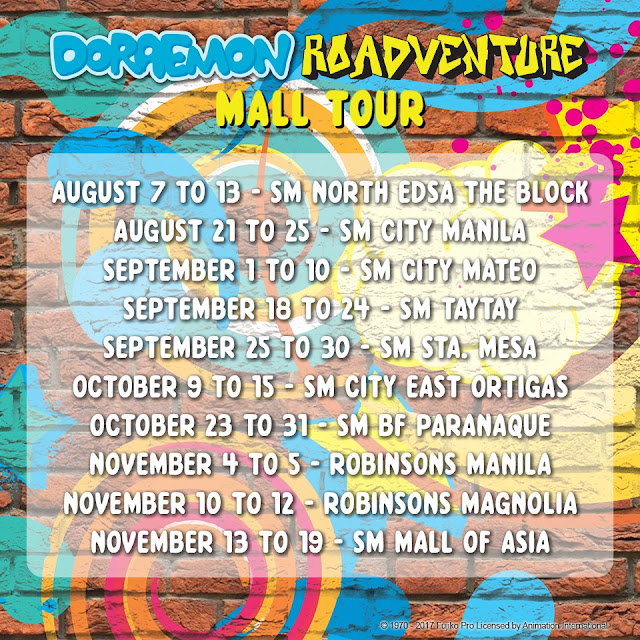 This campaign is part of the ongoing efforts of Animation International Philippines (AIPH) to strengthen Doraemon’s brand visibility in the Philippines and for the market to be associated with the brand.

Abe A. Franco, AIPH General Manager remarks: “AIPH is happy to enhance Doraemon’s image in the country. That is why AIPH has organized School Adventures for Elementary students and Roadventure for millennials and young adults. Through these “I’m Your Hero” tours, Doraemon’s success in the Philippines is very promising as we move forward to the coming years.”
Labels: animation anime anti-bullying Doraemon otaku