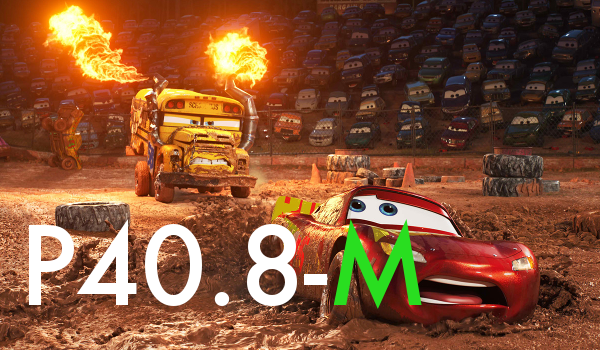 Disney-Pixar's Cars 3, the latest installment in the beloved Cars series, raced to a smash P40.8-million opening weekend nationwide, ranking as the top foreign movie for the July 26 – July 30 frame. This was announced by The Walt Disney Company (Philippines).

Cars 3 is on track to surpass to the lifetime box-office gross of its two predecessors, 2011's Cars 2 and 2006's Cars  whose entire run at P40.5-million has already been exceeded in only five days.

It has been more than ten years since the first Cars  film was released, but Lightning McQueen remains an iconic character today. While Lightning is still the same self-assured, determined and fun-loving race car audiences fell in love with, his confidence is being tested by the new cars on the track.

Blindsided by a new generation of blazing-fast racers, the legendary champion finds himself suddenly pushed out of the sport he loves. Suddenly, he finds his dominance in the sport, as well as the confidence that got him there--threatened by younger, faster cars. Determined to get back into pole position, #95 must decide if his love for racing is enough to fuel the comeback of his life.

Directed by Brian Fee, produced by Kevin Reher and co-produced by Andrea Warren, Cars 3 is executive produced by John Lasseter, who directed the first two films in the franchise.