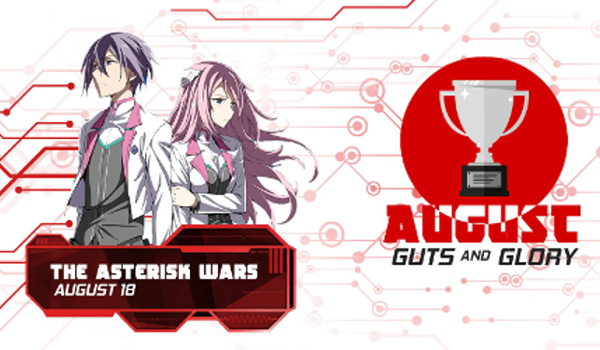 Enter two different worlds of duels and friendships in new anime series The Asterisk Wars and Keijo!! Hip Whip Girl as they make their mark on Hero TV this August.

Set in an imperfect anime world, The Asterisk Wars tells the story of Ayato Amagiri, who transfers to the elite Seidoukan Academy where students with superpowers called Genestella learn to control their abilities and duel against each other. While Ayato tries to conceal the real reason for his transfer – to investigate the disappearance of someone close to his heart – he meets Julis, one of the academy’s leading fighters, and develops a special friendship with her.

Meanwhile, in the competitive sports series Keijo!! Hip Whip Girl, a gifted gymnast named Nozomi Kaminashi gives up her dream to compete in the Olympics to play Keijo – a game where players fight atop floating platforms, intending to incapacitate their opponents or push them out to the water. As she enters the world of a new sport to get herself and her sibling out of poverty, Nozomi discovers friends and rivals as she face both glory and challenges that she has never imagined. 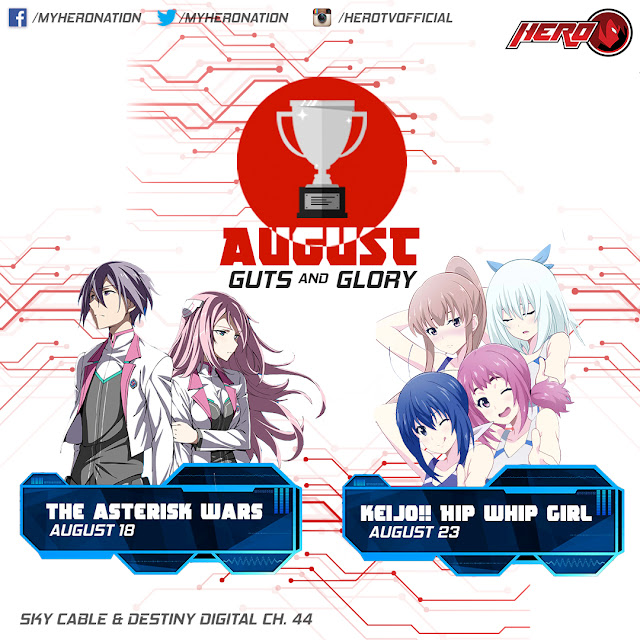