Get your capes out and sharpen your fangs, as AsiaPOP Comicon Manila 2017 (APCC Manila) unveils its next celebrity guest—no less than Hollywood actor Tyler Hoechlin—who is set to soar from August 25 to 27 at the SMX Convention Center in Pasay City.

Tyler Hoechlin plays tragic werewolf Derek Hale in the MTV series Teen Wolf. He also stunned audiences last year with his appearance as the iconic Superman in the CW series Supergirl. An established performer who had been acting since he was nine, Hoechlin's first big break came when he played the timid Michael Sullivan, Jr. in the crime film Road to Perdition. This landed him several nominations and awards, as well as the role of Martin Brewer in the long-running series 7th Heaven.

The rest was history, as he made appearance after appearance in a wide variety of movies and television series: horror flicks such as 2008’s Solstice, comedies such as 2011’s Hall Pass, and appearances in CSI Miami, Lincoln Heights, My Boys, and Castle.

“It is great to have Tyler Hoechlin as one of our main talents at AsiaPOP Comicon Manila 2017 as he resonates very well with our target pop-culture Filipino fans who have loved him immensely in Teen Wolf, while he has also made an impact in the iconic character of Superman in Supergirl TV series,” said Abdulla Mahmood, Director - Marketing and International Business Development, while further adding “It’s a fantastic opportunity for Tyler Hoechlin’s die-hard fans to meet and greet him in intimate session during the event in Manila." 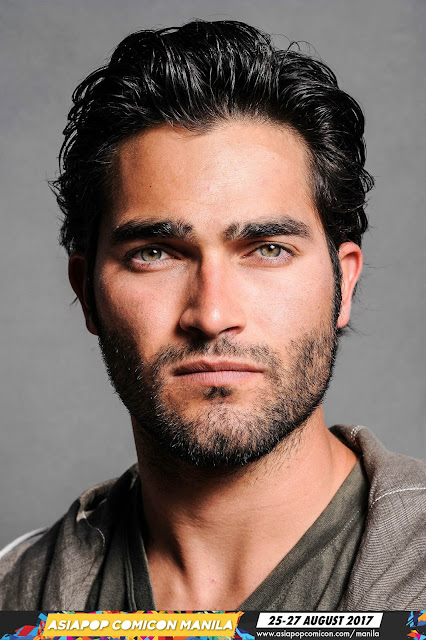 Hoechlin will next be seen in the global sensational series, Fifty Shades Freed, the third installment in the bestselling Fifty Shades series and stars opposite Dakota Johnson and Jamie Dornan.

He is slated to appear in the Peter Hutchings-directed series Departures, alongside of Asa Butterfield, Nina Dobrev, and Maisie Williams.

Also joining the fray is another veteran of the comics industry, Rodney Ramos. Having been a professional penciller and inker for more than 15 years, Ramos' skills have graced the pages of various titles across major studios Marvel Comics, DC Comics, Marvel U.K., Valiant, Acclaim, Malibu, and Continuity Comics.

His inking credits include the critically-acclaimed Transmetropolitan, Spider-Man, X-Men, Batman.

The two join guest Ray Fisher, who plays DC’s Cyborg in Batman v. Superman: Dawn of Justice and Justice League, for a weekend of unforgettably awesome experiences for fans of movies, TV, comics, music, cosplay, and everything in between!

Catch them alongside other big stars for meet-and-greet sessions, autograph signing sessions, and once-in-a-lifetime photo opportunities at APCC Manila 2017, with ticket prices and schedule to be
announced soon.

For APCC Manila 2017 entry tickets, they are now available via SM Tickets website, smtickets.com, or at all SM Tickets outlets, with ticket prices at PhP600 (one-day pass), PhP900 (two-day pass), and PhP1,100 (three-day pass). All these will give the ticketholder access to stage activities, performances, and the main show floor. The event is free for children aged five years and below for all days, but a valid identification is required for verification purposes before entering the show floor. 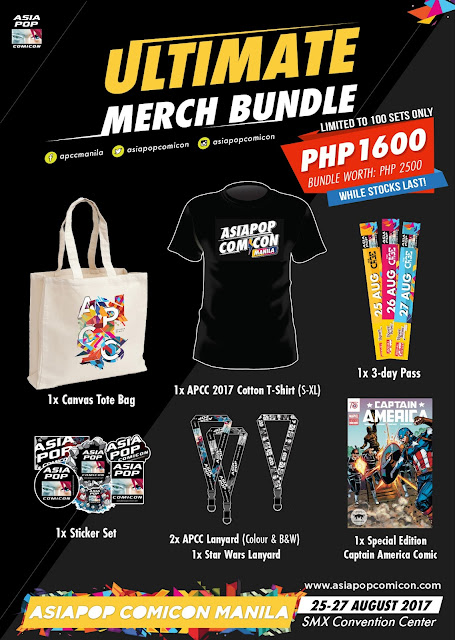