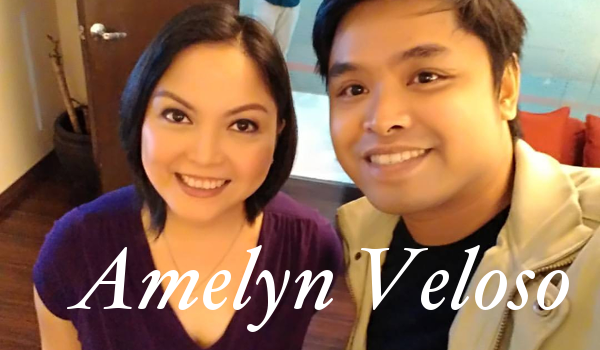 The last time I saw her - she was smiling at me and waving goodbye.

One early morning, I found myself sitting inside what seemed to the holding area for guests in CNN Philippines. I was there as publicist for the set artist of Finding Dory, scheduled for a taped interview on that day. My clients and co-publicists were stuck in traffic.

And then she entered the room. It had been six years since she last saw me as a reporter in TV5 so I called her, "Miss Amelyn!" She instantly flashed a megawatt smile, which had always seemed to lighten up any pressure-filled newsroom she was in. She asked what I was doing there and told her about the PR gig.


What happened next astounded me - she offered something to drink while I was waiting.

"No, I'll have someone get you, water?" She insisted.

She asked a personnel to get me a glass of water. I then congratulated her for being a senior anchor in CNN. She shared that the network also wanted the newscasters to cover stories and do field work, which satisfied her journo side.

At that time, I did not know she was battling (or battled) breast cancer. She vaguely told me that she had health issues but was now okay. I sensed there was a bit of sadness in her voice and did not dig more about it.

"Oo nga, tama ka," she spoke in her sweet voice.

I then realized I was seated on the couch while Ms. Amelyn was standing the whole time. I apologized and asked her to sit beside me, but she said it was fine. I took the opportunity to take a selfie.

Had a chat with former TV5 colleague now CNN Philippines anchor Amelyn Veloso. I don't know the details of the medical emergency she went through, but what is important is she survived it. She looks youthful! She's also very accomodating, offering me coffee kahit na she's an anchor of one of the country's most respected news orgs. God bless you, Ms. Amelyn! 😘 #AmelynVeloso @cnnphilippines #news #CNNPH #humility
A post shared by Pop Culture Vlogger (@jerald_uy) on Jun 13, 2016 at 9:26pm PDT

I told her I was content at that time with the new line of work. But I felt Ms. Amelyn knew that former journalists miss the thrill of the job every now and then.

She excused herself when she had to talk to a male anchor - Andrei Felix.

When she had to go, Ms. Amelyn called my name.

The last time I saw her - she was smiling at me and waving goodbye.