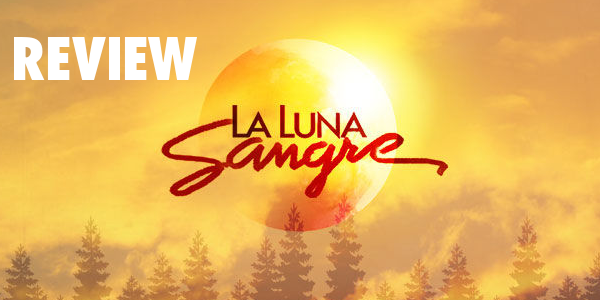 No one is safe in the world of La Luna Sangre, the third installment in the Moonstone trilogy (succeeding Lobo and Imortal).  The first week saw the characters of Angel Locsin (Lia) and John Lloyd Cruz (Mateo) killed by Sandrino/Supremo, a cursed vampire played by Richard Gutierrez, Locsin's former love team partner in a rival network. And the carnage hasn't stopped there.

Hellbent on killing Lia and Mateo's daughter, Malia (Kathryn Bernardo), who is prophesized to stop him, Supremo would do everything in his power - which includes nifty vampire duplicates, to slay her. How Tristan (Daniel Padilla), a son of an overprotective Luna agent, fits in all of these is still up in the air. It is still an enigma why physical contact between the two protagonists cause some special effects to appear on screen.

I digress. I will go far by saying that the first weeks of La Luna Sangre were fantastic. While within the bounds of MTRCB regulation, it did not stray from the necessary violence to advance the story. The series reminds me of Joss Whedon, creator of Buffy the Vampire Slayer and helmer of the first two Avengers films. Whedon is known for making viewers fall in love with characters, only to kill them. But the deaths become meaningful because we are emotionally invested in them.

It had the right amount of grim elements and silliness. Fight choreography had a Naruto vibe to it. The show is admittedly working on a low budget but it could improve on small details like the fangs being incisors, when they shouldn't be.

I only fear that when the events leading to Malia and Tristan meeting have ended, it would become a stereotypical romance story. The show is great in world-building and character development. Just don't make it a love story, La Luna Sangre is good in my book.
Labels: La Luna Sangre pop review TV