'Spidey' to appear on 'It's Showtime' and in malls this weekend 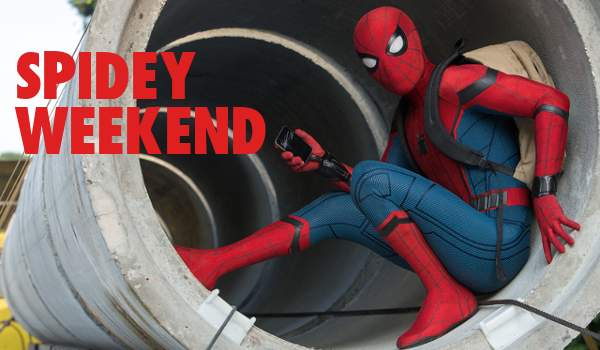 Your friendly neighborhood hero Spider-Man is coming to Manila – live in person!

Columbia Pictures has announced today that Spidey will be in town this Saturday and Sunday, June 10 and 11, to make live public appearances and engage with fans.

It will be a weekend of pure Spider-Man mania as fans will have rare opportunity to take photos and have selfies with their web-slinging hero.

First, Spider-Man will drop by the ABS-CBN studios in Quezon City on June 10 for a live TV guesting in the hit noontime program, It's Showtime. 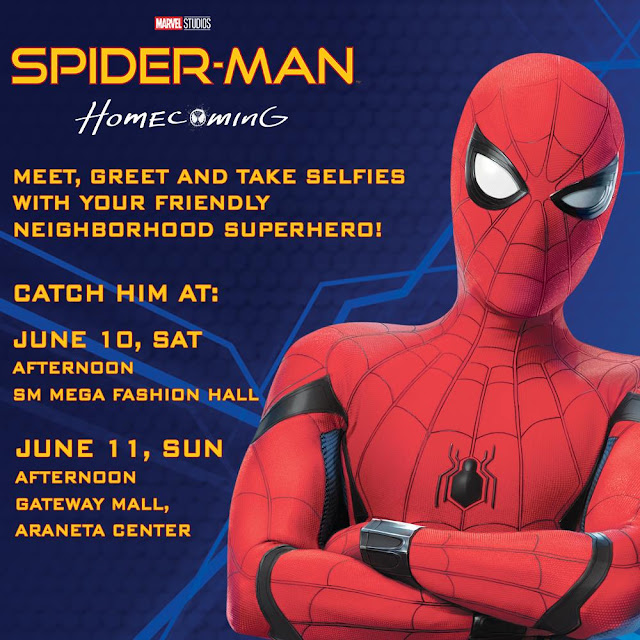 Right after, Spider-Man will be at the SM Megamall Fashion Hall in the afternoon for a Meet and Greet with fans.

Then on Sunday afternoon, June 11, Spider-Man will swing to Gateway Mall in Araneta Center for another Meet and Greet session.

The Spider-Man character visit is in conjunction with the release of Spider-Man: Homecoming, which opens in Philippine cinemas on July 6.


A young Peter Parker/Spider-Man (Tom Holland), who made his sensational debut in Captain America: Civil War, begins to navigate his newfound identity as the web-slinging super hero in Spider-Man: Homecoming. Thrilled by his experience with the Avengers, Peter returns home, where he lives with his Aunt May (Marisa Tomei), under the watchful eye of his new mentor Tony Stark (Robert Downey, Jr.). Peter tries to fall back into his normal daily routine – distracted by thoughts of proving himself to be more than just your friendly neighborhood Spider-Man – but when the Vulture (Michael Keaton) emerges as a new villain, everything that Peter holds most important will be threatened.