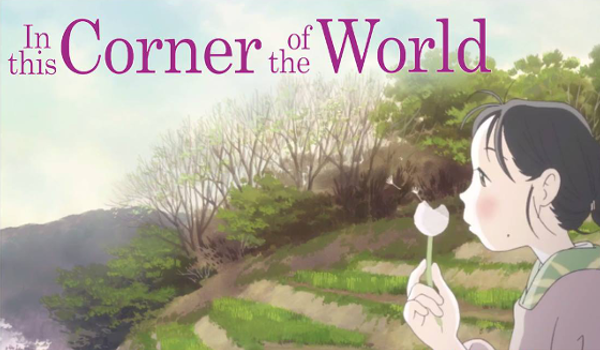 “There have been previous anime films set around the devastation in Hiroshima, but none with the ultimately uplifting and positive message of In This Corner of the World, so we can’t wait to bring this beautiful film to Annecy,” Animatsu Entertainment Chief Operating Officer Jerome Mazandarani said. “We believe the rest of the world will share our enthusiasm for this story.”

In This Corner of the World tells the story of the adolescent Suzu, who in 1944 moves to the small town of Kure in Hiroshima to live with her husband’s family. Suzu’s life is thrown into chaos when her town is bombed during World War II. Her perseverance and courage, however, underpin this heart-warming and inspirational tale of the everyday challenges faced by the Japanese in the midst of a violent, war-torn country.
“In This Corner of the World is not a typical war movie: the town is so beautifully recreated and the characters are so wonderfully achieved that the focus is on the art that is imbued in daily life itself,” GENCO President Taro Maki said. “While it is of course heart-breaking to behold the before and after scenes, the willpower that normal people muster in the name of love and caring is what really stands out.”


“War is the opposite of daily life, yet daily life must go on even through war. And perfectly normal people can achieve this miraculous feat in the most extreme circumstances one can imagine,” the film’s director Sunao Katabuchi notes. “That’s what this film explores. I believe those very specific details in this film help viewers perceive the infinite emotions experienced by these absolutely normal people.”
The film already garnered awards including Animation of the Year at the 40th Japan Academy Prize, Best Music Score for Kotoringo and Ofuji Noburo Award at the Mainichi Film Concours. Its latest achievement is getting the Jury Award at the 41st Annecy International Animation Film Festival in France.

While the Japanese and foreign audiences loved In This Corner of the World, it currently stands at a perfect score at the American review aggregator Rotten Tomatoes with 6 reviews. The film is set to open in Philippine theaters today. 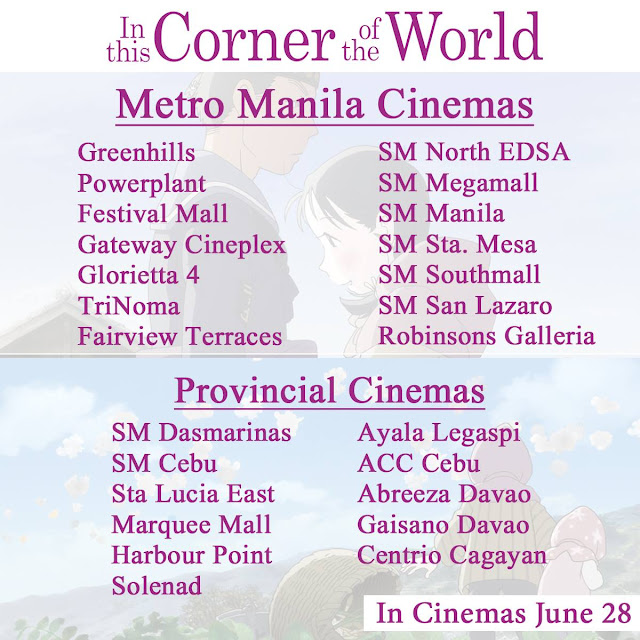 Labels: anime In This Corner of the World movies otaku