#PiratesPH | Set sail for 'Pirates of the Caribbean: Salazar's Revenge' 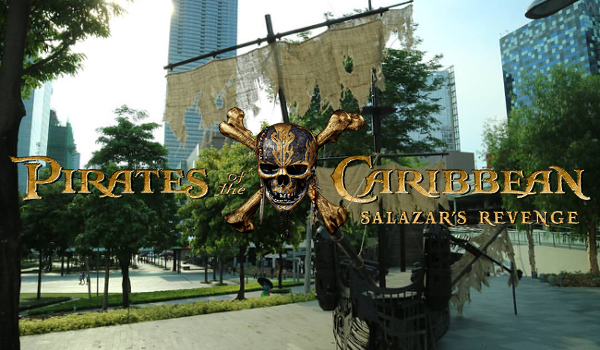 Depp is joined in this new adventure with Oscar winners Javier Bardem and Geoffrey Rush, and cast members both new and familiar to Pirates of the Caribbean fans.

Produced by Jerry Bruckheimer and directed by Joachim Rønning and Espen Sandberg, Pirates of the Caribbean: Salazar's Revenge is a rollicking new tale of the high seas infused with the elements of fantasy, humor and action that have resulted in an international phenomenon for the past 13 years.

Now, the rip-roaring Pirates of the Caribbean: Salazar's Revenge, finds down-on-his-luck Captain Jack feeling the winds of ill-fortune blowing strongly his way when deadly ghost sailors, led by the terrifying Captain Salazar, escape from the Devil's Triangle bent on killing every pirate at sea—notably Jack. Jack’s only hope of survival lies in the legendary Trident of Poseidon, but to find it he must forge an uneasy alliance with Carina Smyth, a brilliant and beautiful astronomer, and Henry, a headstrong young sailor in the Royal Navy. At the helm of the Dying Gull, his pitifully small and shabby ship, Captain Jack seeks not only to reverse his recent spate of ill fortune, but to save his very life from the most formidable and malicious foe he has ever faced.

The screenplay for the new adventure is by Jeff Nathanson (Catch Me If You Can, Indiana Jones and the Kingdom of the Crystal Skull). The executive producers are Mike Stenson, Chad Oman, Joe Caracciolo, Jr., Terry Rossio and Brigham Taylor.