#GOTGVol2 Chris Pratt slays as Star-Lord in 'Guardians of the Galaxy Vol. 2' 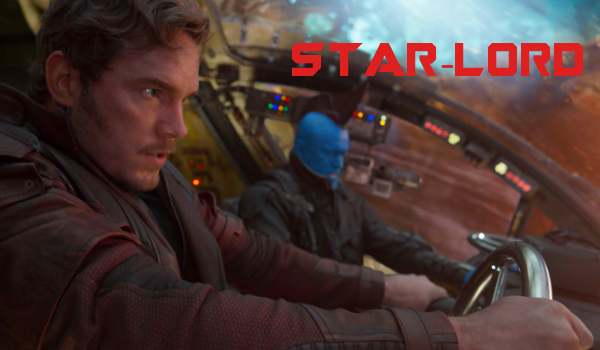 Chris Pratt inhabits Peter Quill aka Star-Lord anew in Marvel Studios' Guardians of the Galaxy Vol. 2, as he faces a family issue that he is compelled to resolve—his true parentage. Pratt reprises the role that propelled him into Marvel fandom and leading-man status.

Having now saved the galaxy once, the half-human intergalactic adventurer known as Star-Lord is newly famous and keenly aware of it. When the Guardians’ newfound notoriety brings Quill’s long-lost father back into his life, his bond with the other Guardians will be put to the test.

On casting Chris Pratt as Star-Lord/Peter Quill, director-writer James Gunn says, “When I was auditioning Star-Lord the first time around I was looking for somebody who’d come in, do everything that was on the page, do it well, do it in a funny way, but also give that a little something extra that made Peter Quill a little bit of a different character. And Chris came in and did that immediately. Chris is a very unique movie star in that he is a combination of being a big, masculine guy but also a very vulnerable guy. He has a vulnerability that the classic movie stars hint at, whether it’s Humphrey Bogart or Gary Cooper. Chris really brings that to life on the screen, and I think that’s what makes him a truly modern-day movie star.” 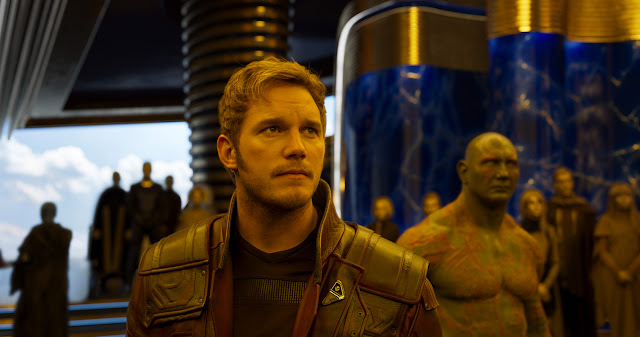 For Pratt, Guardians of the Galaxy afforded him the vehicle to showcase both his comedic and physical talents in a way that he had not been able to do on film. “What appealed to me the most about this character was the opportunity to add my own personal brand of humor into it,” comments Pratt. “This was something that I knew I could do that was unique to me, and I had been dying for an opportunity to do that. I wanted to do something that was both comedic and physical. This role is a comfortable space to do that. What is so exciting to me is that I can just do the best version of my best stuff with Star-Lord.”


Describing where we find Peter Quill in the new story, Gunn relates, “As you know, the first ‘Guardians of the Galaxy’ is about Peter’s relationship to his mother and coming to terms with that. The second movie is about Peter Quill’s relationship to his father and his other fatherly figures. Yondu is obviously a fatherly figure to him. And then he meets his actual father, Ego, played by Kurt Russell, who is in a lot of ways everything he wanted. He is coming to terms with things. His feelings of abandonment, how he feels about his real father’s life, which is very different from his own, etc.” 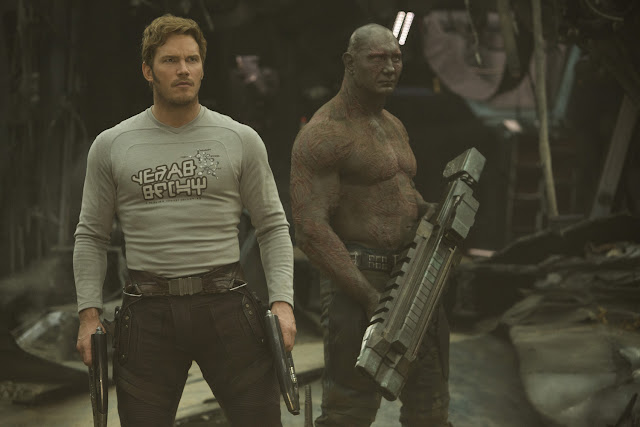 Pratt offers insight on the importance of Peter’s quest to find his true parentage. “Quill is desperate to know who his dad is and dreamed his whole life that his dad was somebody special, somebody important, somebody cool,” says Pratt. “So when Quill finally meets his bigger-than-life father, who’s been searching for him, it fills this giant void that he’s had in his heart his whole life.”

In the course of the film, Quill finds himself reexamining his relationship with Yondu as well. “Of course, he’s always looked at Yondu, who abducted him, as being the guy who threatened to eat him or was hard on him,” Pratt says. “But he learns through the course of this film that the relationship is more of a father/son dynamic than he could’ve ever expected to get from anyone else.”

Guardians of the Galaxy Vol. 2 also stars Zoe Saldana as Gamora, Dave Bautista as Drax, Vin Diesel as the voice of Groot, Bradley Cooper as the voice of Rocket, Michael Rooker as Yondu, Karen Gillan as Nebula, Pom Klementieff as Mantis, Elizabeth Debicki as Ayesha, Chris Sullivan as Taserface, Sean Gunn as Kraglin, Tommy Flanagan as Tulik, Laura Haddock as Meredith Quill, with Sylvester Stallone as Stakar, and Kurt Russell as Ego.