In Sony Pictures Animation's Smurfs: The Lost Village, Smurfette has lived in Smurf Village her entire life... the same 99 boys every day. But now, she and her best friends are about to go where no Smurf has gone before… through the Forbidden Forest to try to find the Lost Village -- and they find the biggest mystery in Smurf history. It’s going to be the adventure of her life.


“I loved playing Smurfette,” says Demi Lovato, who brings the character to life. “She’s kind and compassionate and really takes care of her fellow Smurfs. But she’s also really brave – she’s adventurous and when she wants something, she goes and gets it. She doesn’t take ‘no’ from anybody, especially Papa Smurf. She’s a strong, independent lady Smurf.


“She’s a one-of-a-kind sort of girl – literally, the only girl in Smurfs Village,” Lovato continues. “She has a really beautiful heart and she’s working really hard to figure out who she is.”

After surviving the Forbidden Forest, Team Smurf are suddenly set upon by strange masked creatures carrying spears. They’re trapped! But that’s when they realize – they have found the Lost Village (which is actually a village hidden in the treetops called Smurfy Grove). And not just that – there are new Smurfs!

“They are not named after what they do – they’re named after nature,” says director Kelly Asbury. “They are not expected to do one thing and specialize – they can do many things, try different things. 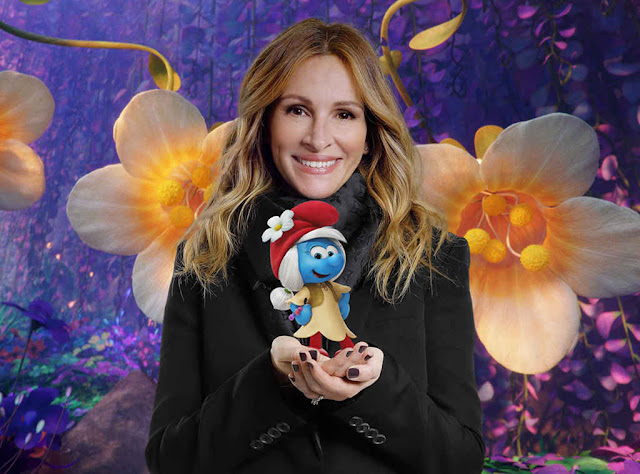 SmurfWillow (Julia Roberts) is simultaneously peaceful and fierce – a confident and gentle leader who has raised warrior Smurfs who are capable of anything. Anything she does, she does wholeheartedly.

“If Papa Smurf is the father figure of Smurfs Village, then SmurfWillow is the mother figure of the Forbidden Forest,” says Roberts – “She’s brave, strong, regal and she’s really wise. She’s the Smurf you turn to if you’re facing a challenge.” 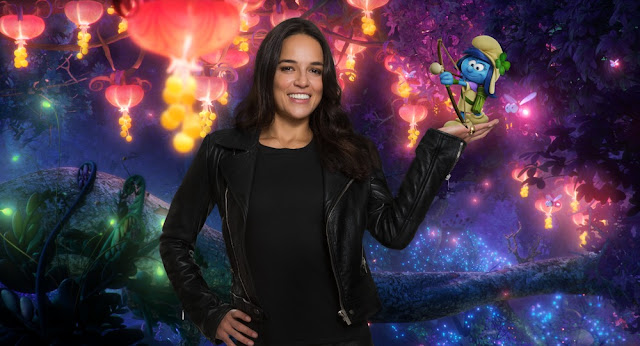 SmurfStorm (Michelle Rodriguez) is the no-nonsense, tough-as-nails warrior who immediately questions why Smurfette and the boys have come to Smurfy Grove. Her protective nature makes it hard to trust these outsiders. But through her tough exterior lies a heart of gold, and underneath it all, a girl who would do anything for her family and friends.

“SmurfStorm is a handful,” says Michelle Rodriguez, who voices the role. “She’s fierce and totally protective of her fellow Smurfs, her team. They’re her family. She’ll do whatever it takes to take care of them.” 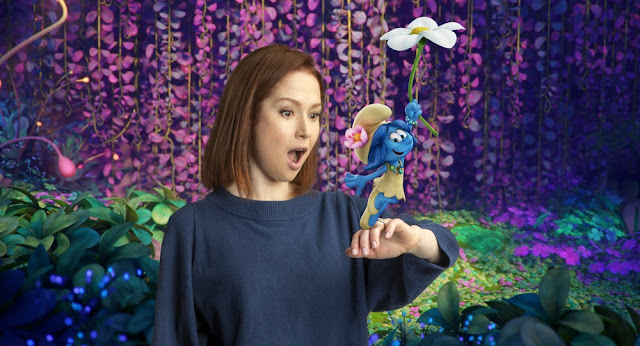 SmurfBlossom (Ellie Kemper) lights up a room with her huge energy – she walks and talks a mile a minute, she’s never met a Smurf she didn’t like, and she bowls everyone over with her candy-sweet, bubbly personality. Her glass isn’t just half full, it’s overflowing.

Ellie Kemper, of The LEGO Batman Movie voices the ball of enthusiasm. “SmurfBlossom just can’t contain herself,” she says. “She loves life and she’s very chipper and upbeat – almost to the point of being too much at times. She can’t totally contain herself.” 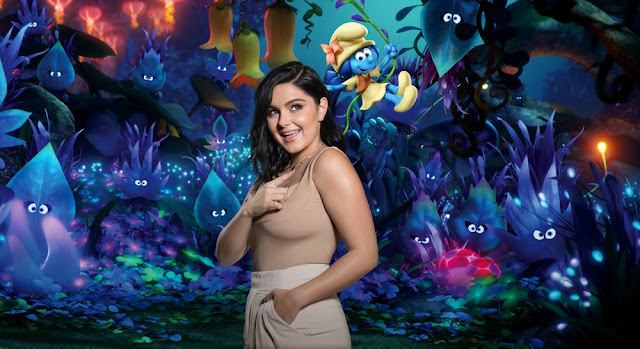 SmurfLily (Ariel Winter) is the whip-smart, no-nonsense member of the Lost Village. She’s not afraid to tell you like it is or to take charge – even when no one asked her to.

“SmurfLily is smart and practical, but she’s full of creativity too,” says “Modern Family’s” Ariel Winter, who takes on the role. “If you have a problem to solve, SmurfLily is your Smurf.” 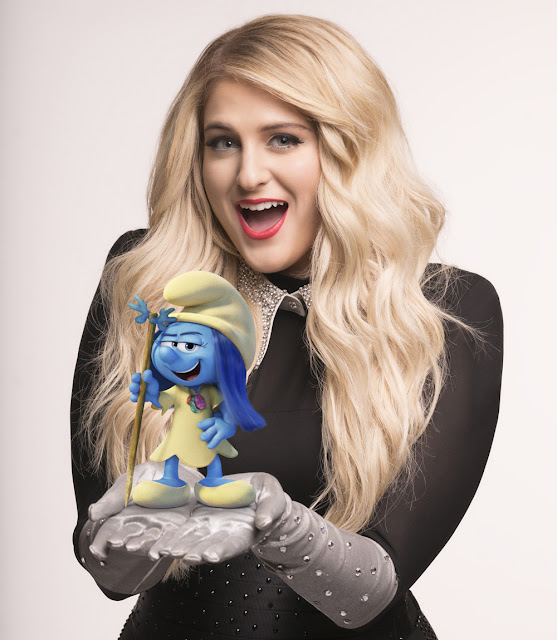 SmurfMelody (Meghan Trainor) can bust out an empowering tune at just the right moment. “Meghan Trainor wrote a song for us – It’s fun and buoyant and danceable and everything about Meghan Trainor really comes through. The theme is being proud of who you are – which is the message of this film,” says Asbury. “It turns out Meghan is a huge Smurfs fan and admitted to us that the minute she heard we might want a song, she wrote it in one night. She’s so enthusiastic and brought that love to the song and the part of SmurfMelody.”

“I love the Smurfs and was honored when they asked me to write a song for this new movie. I was especially excited – I wrote the whole thing in one evening!” says Trainor. “It’s a song that I love and am very proud of, and I can’t wait for the world to finally hear it! Getting to play a small part in the film with my character, SmurfMelody, makes this all the more exciting! So happy to be a part of the Smurf family!!!”